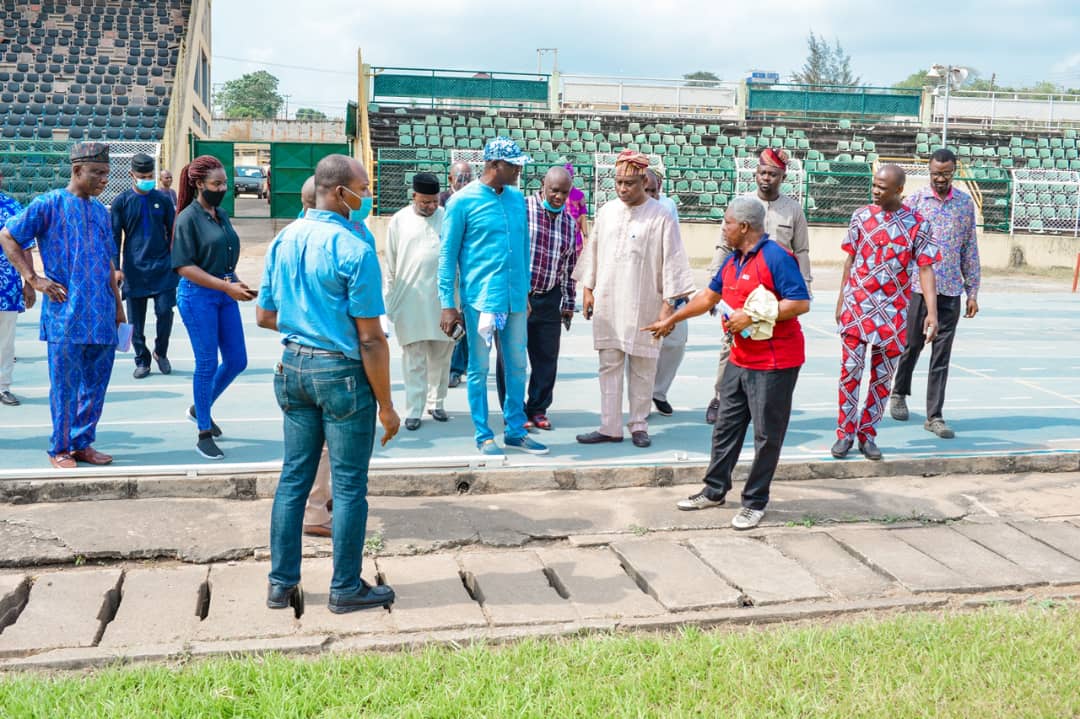 The Managing Director & Chief Executive Officer of Aaron and Brothers Construction Company was physically on ground today 7th January, 2021 on an assessment tour with the Management Team of the Ogun State Ministry of Youth & Sports led by the Honourable Commissioner, Dr. Oluwadare Kehinde to the MKO Abiola Stadium Abeokuta and Otunba Dipo Dina International Stadium, Ijebu-Ode

The facility assessment tour which began at the MKO Abiola Stadium Abeokuta terminated at the Otunba Dipo Dina International Stadium, Ijebu-Ode where thorough inspections were made to these facilities.

The tour is pursuant to the consideration of the Ogun State Government to rehabilitate and renovate the two (2) International stadia. The Ogun State Governor, Prince Dapo Abiodun had called for the renovation of these facilities in consonance with his vision to reposition sports & develop young talents throughout the State.

While awaiting the commencement of the repair works, the Honourable Commissioner for Youth and Sports, Dr. Oluwadare Kehinde enjoined the Heads of the aforementioned Stadia to come forth with initiaives that can convert some of the amenities lying fallow in the Stadia into revenue generating entities for the State Government.

At the end of the tour, the team appreciated His Excellency Prince Dr. Dapo Abiodun MFR for his foresight and his immense passion in developing sports as well as preserving the legacies of Government in the face of dwindling economy.

Some of the Facilities earmarked for renovation are cricket pavilion, shooting range, drainages, perimeter fences, damaged roads, entertainment hub and general overhauling of the Main bowl of the Stadia. The repairs will also see to the construction of extra training pitches & siting of Olympic standard Swimming Pools.

‘No negatives’ – Martinez after Belgium come from behind