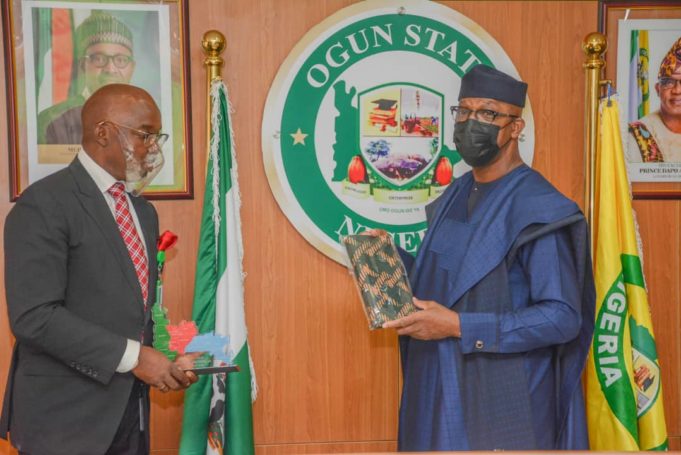 Speaking Tuesday at Government office, during the hosting of NFF leadership after its Annual General Assembly the Ogin state governor, Prince Dapo Abiodun said he was delighted to have hosted the AGA and hope the there will e another opportunity when the situation in the country has normalized.

According to the governor,the state is committed to sports growth as a way of empowering the youths and to making them gainfuly to themselves and also boost the economy of the state.

“Our government is committed to sports development and upon our resumption in office, we renovated Dipo Dina Stadium,Ijebu Ode which had been poor state and also we were looking forward to hosting some football matches but the COVID 19 will not allow it as at then ,I want to say that we are still ready to partner NFF o youth sports development “,Gov Abiodun said.

In his earlier remarks,the NFF president,Amaju Pinnick commended the governor for his giants strides in sports in the state and explained that they were in the state aside for the AGA but to lay the foundation of the FA Building which was aimed at bringing the game to grassroots and urged the government to support the State football association in its wider to achieve greatness.