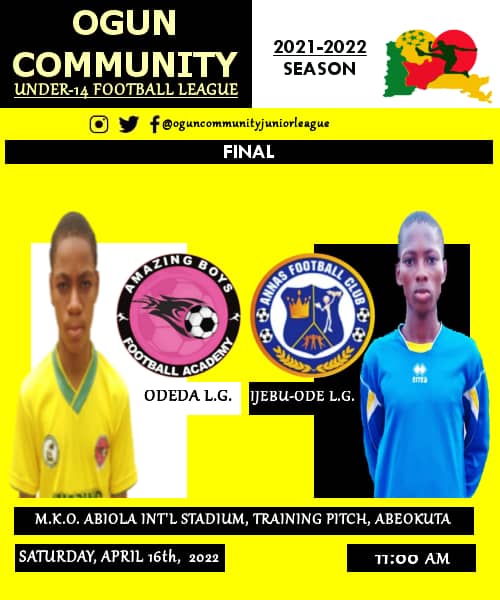 The Maiden Edition of the Ogun Community Under 14 Football League final will be played on Saturday, 16th of April.

Revealing the date of the final to NAIRASPORTS, the organizer of the competition, Jewoola Olaosebikan said the competition is meant to appeal to the parents to allow their children to see reasons for having a career in football at a tender age.

In his words, “This is to Develop young talents, changing of parents view about football and allowing them to start playing football from a young age which will Reduce youth social vices” he said

Ablaze in high spirit ahead of CY TOURNAMENT Opener