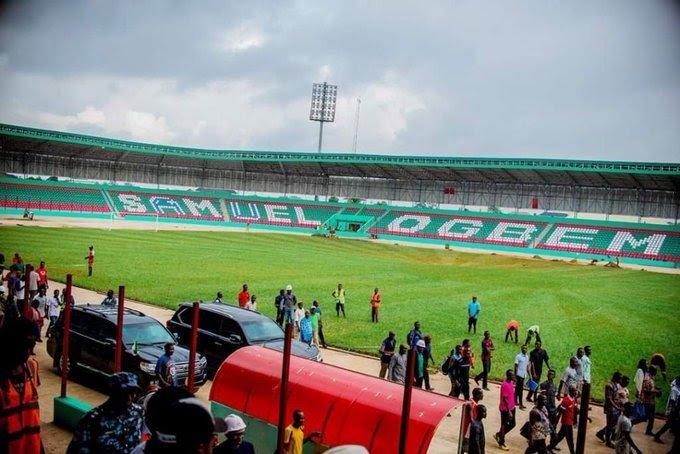 Ahead of 2021 African Cup of Nations Qualifiers between Super Eagles of Nigeria and Leone Stars of Sierra Leone, the Edo State Governor, Godwin Obaseki has decided to throw all gates leading to the main bowl of Samuel Ogbemudia stadium open.

NAIRASPORTS reports that Football was suspended in March as part of measures to prevent COVID 19.

The double header encounter is the first super Eagles competitive match since the outbreak of COVID-19.

Speaking with The Guardian, the Chief Press Secretary to the Deputy Governor, Musa Ebomhina, said the governor decided to throw the stadium gates open to enable fans from Edo state and other neighbouring states give the Super Eagles the support they need to cage the visiting Leone Stars.

“This match means a lot for the government and people of Edo State,” Ebomhina said. “First, it is coming barely 24 hours after our inauguration on November 12. Our sport-loving governor has thrown the stadium gates open for everyone to be part of the celebration.”

Speaking further, Ebomhina, a member of the Local Organising Committee (LOC) of Edo 2020 National Sports Festival said: “The Super Eagles versus Leone Stars match is the first major competitive game to hold at the Samuel Ogbemudia Stadium since the complex was shut down in March due to the outbreak of COVID-19 pandemic. The governor wants the people of Edo state and other Nigerians to see the great work he did at the stadium. They will see some of the best sporting facilities, including the Video Assistant Referee (VAR). The VAR technology at the Samuel Ogbemudia Stadium is among the best anywhere in the world at the moment. It was installed long ago for the National Sports Festival. The Super Eagles won’t lack any form of support in Benin City on November 13.” 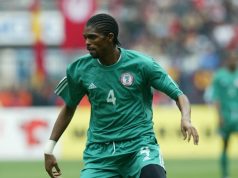