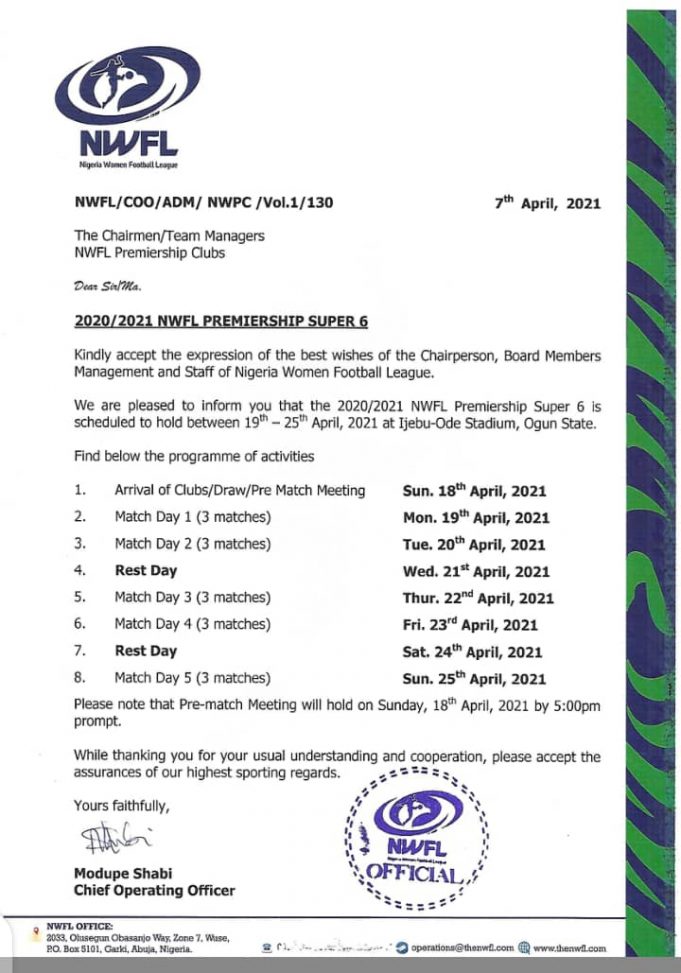 The board of the Nigeria Women Football League (NWFL) headed by Aisha Falode has released the dates for the NWFL Premiership Super Six to determine the champion of the 2020/2021 season.

The Super Six will hold at the Dipo Dina International Stadium, Ijebu Ode, Ogun State, from April 19 to 25, 2021.

The official schedule reads that the top six Clubs are expected to arrive at Ijebu Ode on April 18 and go straight into draws and pre-match meetings which have been fixed for 5 pm prompt.

Matchday five which is the final day for the final rounds of games holds on Saturday, April 25.

The eventual winner based on points amassed will be crowned league Champions and Nigeria’s representative at the Inaugural Total CAF Women’s Champions League.