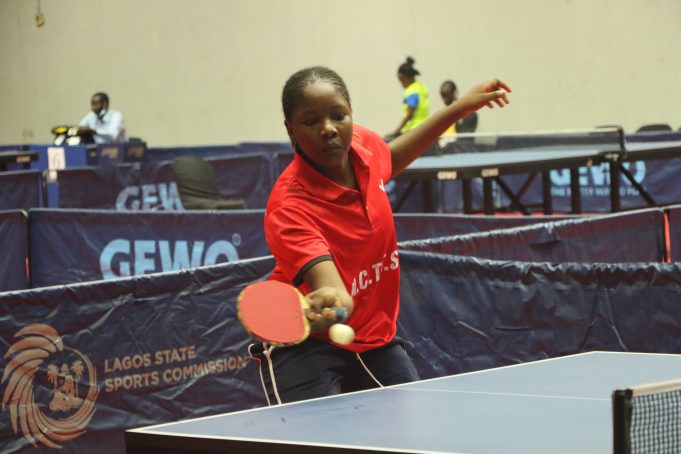 32 men and 16 women teams started their campaign for the podium at the 2021 NTTF National Championships on Tuesday, May 18, and today May 19, the winners will emerge as the final holds at the Molade Okoya-Thomas Hall of Teslim Balogun Stadium.

All eyes were on the Oyo and Ondo teams who were champions at the 20th National Sports Festival with Taiwo Mati spearheading the Ondo boys while experienced Halimat Hussein is leading the Oyo ladies.

Also, cadet players were in action on the opening day of the championship with 16 battling for places in the last 16 (knockout) stage of the singles event with Mattew Kuti being the star attraction.

A confident Mati believes his mission in Lagos was to lead Ondo to the podium as well as claim the men’s singles title.

“I have positive feelings about this tournament because I have been training and working hard. I am sure that I will perform very well and that is my target and at least to be among the top four because this will be a very tough competition. At the National Sports Festival, I lost in the first round and I was very disappointed but I tried not to let that weighed me down and I quickly made some amendment in my game with my coach and that showed at the just concluded Aso Championship in Abuja despite the fact that I lost in the final,” the captain of the junior national team said.