The Owena Whales got an impressive draw against Heartland on the first day, and they will be aiming for a win against Katsina United in Akure

It is no doubt the star match of the second week of hostilities in the topflight as it features two heavyweights of the Nigeria Professional Football League. Both started the season impressively with victories over Nasarawa United and El Kanemi Warriors respectively and they will be eager to continue their good start to the season at the new home ground of the reigning league champions- Zaria Road Stadium, Jos.

When both teams played last season at the Rwang Pam Stadium, Jos it was a nervy 1-1 contest with Plateau United relying on a late goal to cancel out Emeka Ogbugh’s goal for the Pride of Rivers.

The stake will be higher this time with Plateau United expected to win this tie to ensure a winning start to life at their new stadium while Rivers United will want to come all out too to ensure that they do not suffer a repeat of last season’s early implosion which they never recovered from throughout.

The People’s Elephant and the Naze Millionaires slug it out at the U.J Esuene Stadium, Calabar in a fierce midweek battle. The fixtures between both teams in the past have elicited so much emotion but with Heartland only returning to the elite division after their brief sojourn in the lower league last season, the tie could be heading for a straight home win for Enyimba.

Heartland started the season poorly in front of their fans after they were held to a goalless draw by Duke Udi led Sunshine Stars and without a formidable squad and a natural goal poacher it will be impossible for Ramson Madu’s side to get a result against rampant Elephants who were unlucky to pick a draw against Lobi Stars in Makurdi.

Only revenge would be on the Anambra Warriors’ minds as they step inside the Confluence Stadium, Lokoja on Wednesday for a crunch league tie with the Ikon Allah Boys who denied them access to retain the Federation Cup title they won in 2016 after they were dumped out in the semi-final stage 4-3 on aggregate.

The management of Niger Tornadoes caused a stir when the technical crew led by Abubakar Bala was sacked with few days to the start of the season but the team never suffered from that backlash as they won their first game of the season away to Kwara United 2-0 in Ilorin. They will be eager to add FC Ifeanyi Ubah to the list of their victims and strive to extend their good start to the season.

Ladan Bosso’s men will want to prove to their fans that their struggle against Yobe Desert Stars in Nnewi last weekend was because they are still new and that the tie in Lokoja presents a good platform for them to play away from their fortress without fear.

The Owena Whales grabbed an important away point in Owerri on Sunday and they will want to come all out to swoop on the Chanji Boys with their sights fixed on securing their first win of the season. The visitors on their part will want to prevent an away defeat after their last-minute heroic rescued a point at home versus Kano Pillars.

Both teams are blessed with young players and emerging coaches who are still eager to boost their credentials in Duke Udi and Abdullahi Biffo. The Akure Gunners won’t be able to call upon Dayo Ojo who is with the CHAN Eagles in Morocco while the Chanji Boys have left their enterprising midfielder, Destiny Ashadi who scored the equalising goal against Sai Masu Gida in Katsina behind because of injury.

It will be the battle of two warriors in Maiduguri on Wednesday. This encounter ended in a surprise 1-1 draw last season at the El Kanemi Sports Complex and it was among the results that saved Abia Warriors from relegation.

The Borno Army did have their pound of flesh in a recent pre-season friendly match which they won 1-0 in Umuahia but Wednesday fixture presents another scenario entirely as the Warriors have engaged in massive recruitment of players after then.

With both sides suffering contrasting fortunes in their opening games, El Kanemi will be more eager to get their first win of the campaign having been beaten narrowly by the odd goal in Port Harcourt while Abia Warriors will fancy the extension of another impressive start this term.

Mohammed Babaganaru led new Nigeria Professional Football league entrants will be playing their first home game in the topflight on Wednesday at the August 27 Stadium in Damaturu. With massive recruitments of players done by the gaffer during the pre-season, only a win will be acceptable to the fans of the team who have waited patiently for several years.

Wikki Tourists pegged another newly promoted side (Go Round FC) 1-0 in Jos last Sunday and they will want to add Yobe Desert Stars too to duly welcome them to life among the big boys.

Yobe Desert Stars may be lacking in topflight experience but they made up for that with the acquisition of well exposed elite division stars and they are expected to conveniently survive the chop at the end of the season if the state government is able to keep the players happy through good welfare scheme.

The Omoku Bombers marked their top-flight bow with a 1-0 away loss to Wikki Tourists but they will face even sterner test when they tackle the 2017 Federation Cup champions on Wednesday at the Krisdera Hotel Stadium in their first-ever elite division home match.

Not much is known of the new boys besides the fact that they won the Nigeria National League Super Four in Lagos few days ago.

They will have their hands full against the Promise Keepers who began the season in imperious form when they obliterated Enugu Rangers 2-0 in Uyo and they will fancy a good result in Omoku if they are able to put their acts in order.

The battle of these two heavyweights has not lacked drama, thrills and frills in the past and the latest fixture which will be negotiated on Wednesday is not expected to be fare any differently from the prior games.

Lobi Stars’ Anthony Okpotu made the tie his personal show last season when he netted and almost provided an away win for the Pride of Benue before the Flying Antelopes struck twice at the dead to record a home win. The Makurdi side are without Okpotu who is with the CHAN Eagles in Morocco while Kingsley Eduwo is reported to have penned a contract with Tunisian CS Sfaxien but they have other players that can get the job done.

The acquisition of coach Solomon Ogbeide and the return of Mike Idoko as the vice chairman of Lobi Stars has coincided with the change in fortunes of the team in the past two seasons. They will be hard to beat by the Flying Antelopes again this term because the host under Gbenga Ogunbote is still striving to build a team.

If the fixture between Katsina United and Kano Pillars produced fireworks, then the tie between Sai Masu Gida

and the Solid Miners is expected to be more explosive. Pillars had the best pre-season they should be proud of and it was no surprise they were still determined to pick an away win against the Chanji Boys even when they played the second half with 10 players.

Nasarawa United’s pre-season activities were awful which was shown by the results they got and after losing their first game of the season to the reigning league champions, Plateau United in Lafia it will be a tall order for them to get anything out of this tie billed for the Sani Abacha Stadium, Kofarmata on Wednesday.

The Solid Miners have had fairly impressive results in Kano in the past few seasons but they may be riding their luck too much this time around. Team’s coach Kabiru Dogo and chairman Isaac Danladi were not spared from the angst of the fans in their home loss to Plateau United and another uninspiring result may further invite their anger but Ibrahim Musa led Pillars are on a roll and should devour their foes. 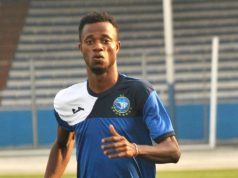 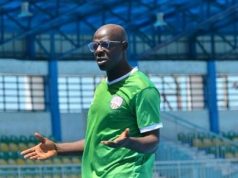