Far from being intimidated by the Peace Boys, Anozie is already relishing the prospect of facing the reigning NPFL champions.

Anozie believes Plateau should be just as wary of facing a well-oiled Umuahia Warriors .

The shot stopper in an exclusive interview with AbiaWarriorsFC.com.ng said, “They (Plateau United) know Abia Warriors is a strong team and it will be difficult for them.

“They have won two matches. We will see how they play on Sunday.”

Abia Warriors, particularly at home, will want to be ruthless and win key games in a season that started with upsets.

The custodian, is sure Plateau United will already have taken notice of the Umuahia Warriors ‘ plans to win matches at home, particularly the week three game at the Umuahia Township Stadium.

He said: “I suppose they know about our aim to always score goals at home.”

“We will always try to do it – that’s why I am not concerned about what happened last season as we struggled in some home matches.”

“But of course it’s essential we continue the season with a message to other rivals,” he concluded. 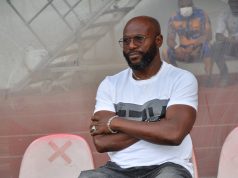 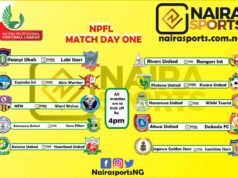 Resumption of League is a Big relief – Minister