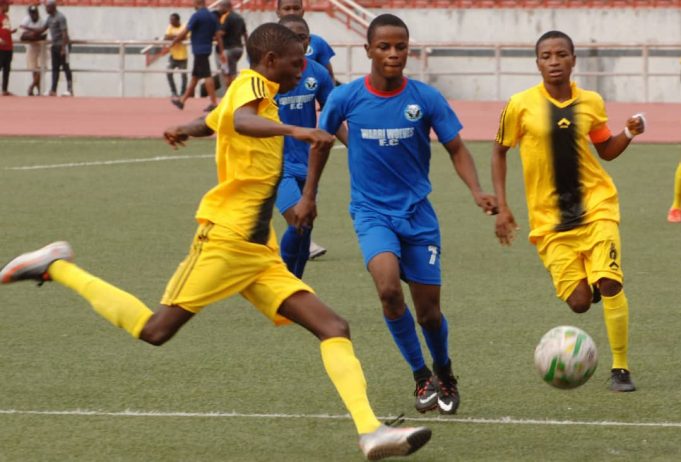 Defending champions, Katsina United bounced back to winning ways after successfully overcoming Kano Pillars 2-1 in the NPFL/La Liga U15 Promises on Tuesday.

Ahmad Hassan set up a tensed home stretch when he reduced the deficit for Pillars.

MFM FC weren’t potent in front of goal and they drew 0-0 against Akwa United.

Kwara United and Warri Wolves settled for a 0-0 draw to wrap up the day’s games.

Akwa United are on top of Group A with four points same with MFM FC. Heartland are third with three points while Lobi Stars are pointless after two games in the second group phase of the competition.

In Group B, Warri Wolves have accumulated four points from two games, Kano Pillars and Katsina United have three points each. At the bottom is Kwara United with one point.