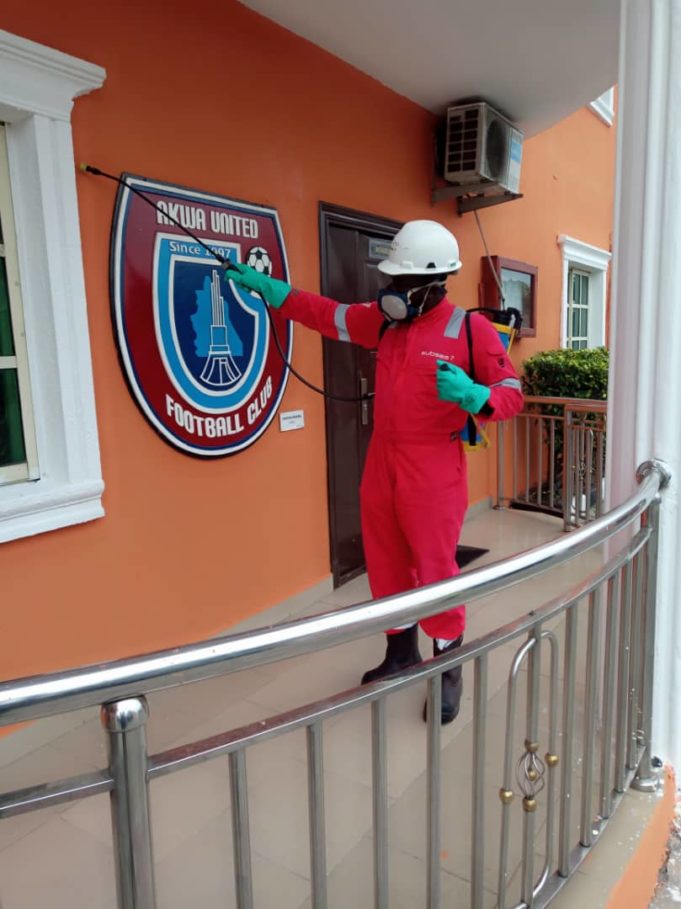 In strict compliance with Covid-19 guidelines as directed by the National Centre for Disease Control NCDC, the Management of Akwa United Football Club has decontaminated the team’s camp/office space as they continue to put things in place while awaiting the official announcement of the resumption date for the 2020/2021 NPFL season.

A total of twenty-one rooms, four offices, a board room, three buses, two utility vehicles and a security post were fumigated in a two-storey building camp/office complex.

The fumigation exercise was professionally handled by the officials of Kingzo Industrial Cleaning Works on Tuesday 18th August 2020. The company in a certificate issued to Akwa United FC after the job assured that the camp is free from all forms of infections at least for an initial period of six months.

Reacting to the activities taking place in the club’s camp, the Chairman of the club Elder Paul Bassey said it was necessary to decontaminate the camp after a long while inline with NCDC directives. Elder Bassey also revealed that all players and officials will be made to undergo proper Covid-19 test to ensure the safety of all players and officials when the league resumes.

The camp of the Promise Keepers situated at #9 Etukcat Street off Abak road is wearing a bright new look after it was repainted with sparkling orange and white colours which are the official Akwa Ibom state and Akwa United colours.

Players and members of the technical crew have been on break since March 2020, following the outbreak of Coronavirus pandemic. They will return to the new look camp when the league organisers, League Management Company LMC announce the resumption date for the 2020/2021 NPFL season. 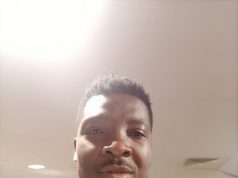