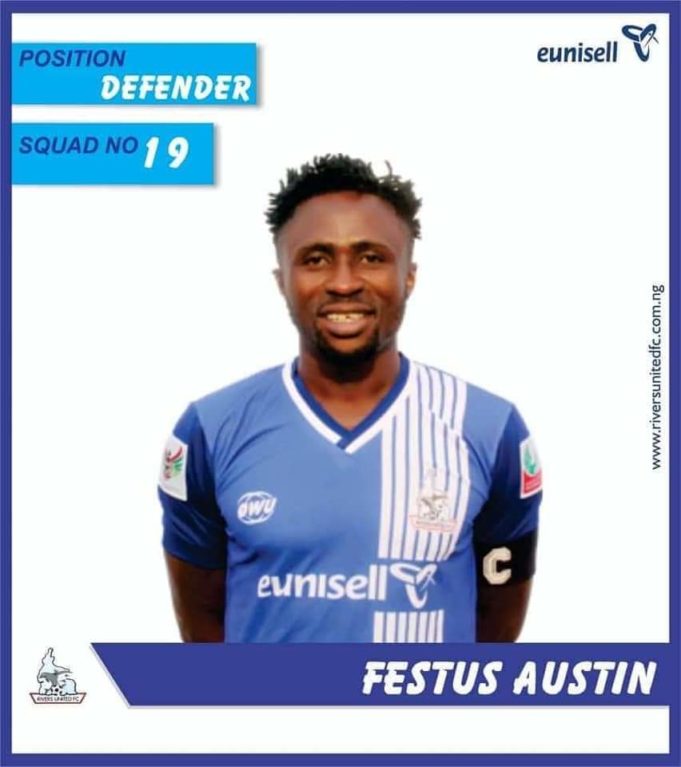 Ahead of Matchday one of the Nigeria Professional Football League between Rivers United and Rangers International, Rivers United captain, Festus Austin has disclosed that his team will replicate what they did in South Africa.

Rivers United defeated Bloemfontein Celtic 2-0 in the first leg of their second preliminary round tie of the CAF Confederation Cup.

The Pride of Rivers will start their 2020/21 NPFL campaign When they host Rangers on Wednesday at the Adokiye Amiesimaka Stadium.

Rivers will be coming from a 2-0 away victory over Bloemfontein Celtic in CAF Confederation Cup tie in South Africa with Coach Stanley Eguma hoping to continue the momentum and get the “Pride of Rivers” season off to the perfect start.

Reacting before the game Festus claimed that the players are ready for the challenge that the match is different from Continental games.

“We just came back from South Africa with a good result and we the players have put that behind us as this is a league match and it’s another different ball game. We are playing a big side, a tactical side and a big team in Nigeria and I think we will need to step up our game. We know how important the three point is, so we don’t afford to lose any point at home now. We just have to go all out.

“I think Rangers will be unlucky, because we need the three points to be on top the log of the league.” he said

According to him, “It’s not going to be a different game against Rangers on Wednesday because I have played for both teams. For Rivers United playing at home, we expect maximum victory from the team. I believe with hard work, determination and dedication, three points will be ours on Wednesday.” – Kehinde Adedipe.