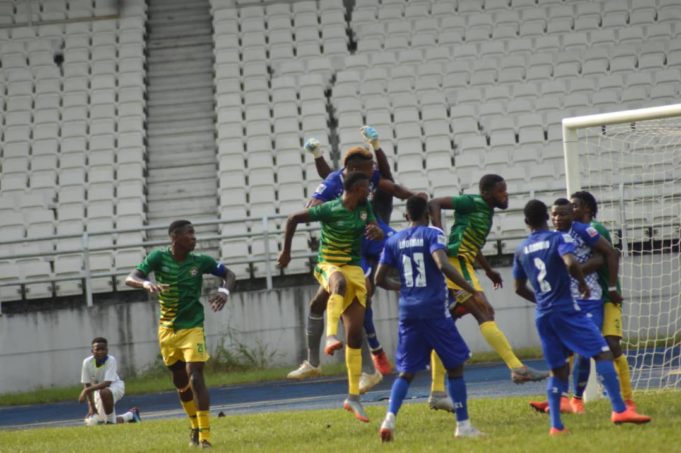 Rivers United climbed to the top of the Nigeria Professional Football League (NPFL) table following their 3-0 win over Kwara United in a Matchday three encounter.

Two goals in the first-half by Ifeanyi Anaemena and Godwin Aguda and one by Chika Godwin late in the second-half helped the Pride of Rivers to victory that has seen then move to the top of the NPFL table.

Coach Stanley Eguma and Abdullahi Biffo both made changes to their squad having after blissful results in their last outings against Abia Warriors and Plateau United, respectively.

On his part, the Afonja Warriors gaffer settled for three changes to the starting eleven with the inclusion of Mohammed Aliyu, Ejeh Isaiah and Afeez Nosiru.

It was the “Pride of Rivers” that almost took the lead inside the first five minutes as Fortune Omoniwari rose highest to head on target Konan Ruffin’s cross but Kwara United’s goalkeeper Abdullateef Ishola effort was enough to save the blushes of the visitors.

After initially failing to exert themselves, Rivers United finally made their dominance count when defence marshall Ifeanyi Anaemena broke the deadlock in the 33rd minute when he benefited from Abdullateef Ishola’s error to head in the opener off a Lookman Binuyo’s freekick.

Godwin Aguda doubled the lead for Rivers United just after the restart as he was at the end to bury home the ball after Stephen Gopey had brilliantly danced passed two of his markers inside the box to squad the ball to an unmarked Godwin Aguda inside the six yard box.

Both teams maintained the status quo into the second half and it was Rivers United that continued their dominance as they continued to push to extend their lead.

The hosts ensured that there was no coming back for Coach Abdullahi Biffo’s men who were further punished as Afeez Nosiru and Ejeh Isaiah got the marching order (red carded) in the 77th and 90 minute of the game.

Chika Godwin got the third goal for Rivers United from the spot in the 90th minute as Ejeh Isaiah stopped with his hands a goal bound shot from Ishaq Kayode.

With the result, Rivers United sit on top of the table with 9 points from 3 matches and will confront Wikki Tourist in Bauchi on Wednesday as the NPFL enters matchday four.

“I commend my players, I thank God almighty too for a very good game and a victory in this game. I think we prepared well for this game because Kwara United having won their first game again Plateau United, they came with a lot of optimism, a lot of confidence so we didn’t relent. We had to work very hard so that we won’t be taken unawares.”

“Today I thank my players for leaving up to expectation by scoring three goals. I think the league is still at its early stage. It is not yet time for celebration. We keep working very hard because we know that there are so many other teams that are very strong in the league. We will take them one after the other until we get to the promise land” he said

Meanwhile, Coach Abdullahi Biffo stated that his players will learn from the defeat

“If you don’t play very well, you cannot get a draw not to talk of the win. I think we came here with the high hopes of winning the game but you can see that we played a very credible team, a strong team. A team that have been on the continent. As you can see out of 4 matches played, they won three and lost one and in the league, they just won three. To tell you, we have not lost to just a team. We lost to one of the best club in the country.”

“It’s a big lesson for us. Winning the first match does not make us special so I think the boys will now know that we have to take every game seriously.” He said 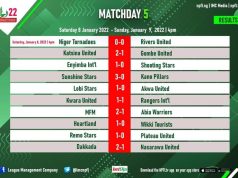 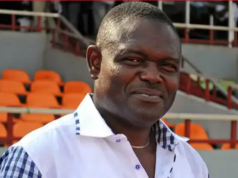 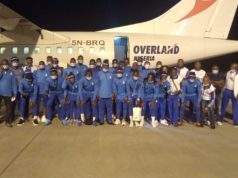 Chelsea has not lost on Boxing day in the last Ten...