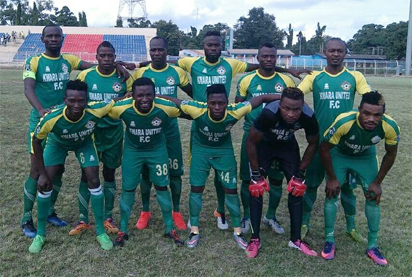 Kwara United The match, the opening game of the competition being played at the Agege Stadium in Lagos, had ended in a barren draw.

The competition, which is for the top two clubs in the 2016/2017 NNL’s two conferences, is a knockout event and the match’s winner was decided on penalty kicks.

The Ilorin-based Kwara United lost two penalty kicks, while Go Round FC who are from Port Harcourt scored four of their kicks. Speaking after the match, Kwara United’s coach John Obuh condemned the competition’s format, saying it fell short of his expectations.

“I am not too happy with the organisers of this competition. What we were told was that it would be a preparatory competition where all the clubs would play against each other.

“What we met here is quite different. If this is what I have been told I would have stayed back for other preparations, because playing a game and you are off is not a good test.

“We will be looking forward to the Nigeria Professional Football League (NPFL), in which I believe we will have a decent campaign this time,” he said.

Coach of Go Round FC, Emmanuel Elechi, on his part however praised the organisers for coming out to organise the tournament. He added that his team was well prepared for the match. “We are happy to have won the match.

I anticipated that the match may drag to the penalty kicks shootout. So, I prepared the players well for the shootout. “It is on record that we are yet to lose any match during our pre-season tour and I can also say that all the players in Go Round FC are from the NNL.

“I recruited all the players from the NNL to make a statement, that we have good players in the NNL. “Now, I want to go home with the trophy here and this is my next target,” Elechi said. 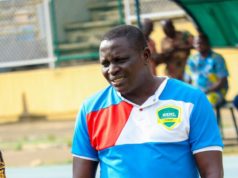 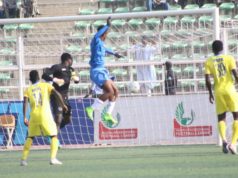