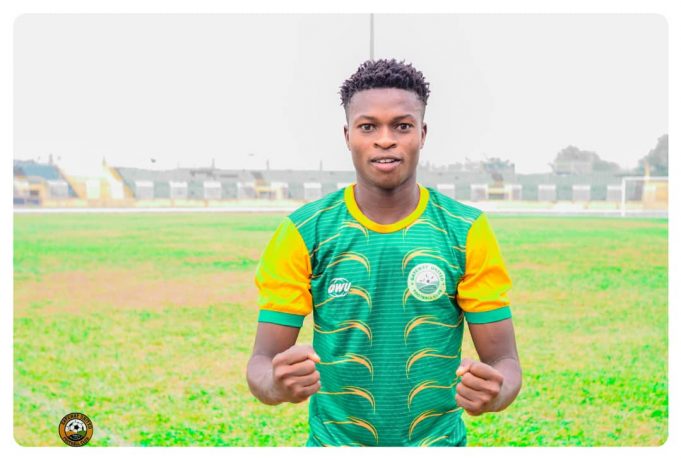 Having lost their league opener in Agege last matchday against Joy Cometh FC, the Akeem Busari led side knew only a win at home could help put their season back on track.

From the blast of the whistle, Gateway Utd made their intent known as they created two chances inside the opening minutes with Aderemi Yusuf seeing his effort go agonisingly wide.

Chances would however come few between the two sides as Ogunleye Sulaimon was shown a yellow card for a foul in the centre circle after 27mins.

In the 35th minute, Aderemi Yusuf’s header off a corner kick goal mouth scramble was easily saved and Crown FC would breathe again

Gateway United resumed proceedings with the same intent as the first half when Adeoye Victor tried to connect his head to an inswinger off a corner kick.

Okunbor Bamidele missed another clear cut chance in the 90th min as it appeared like the ball wished not just to go in for the host.

It would however go in after a moment of magic from Seyi Okeowo in the 94th min when he sent in a direct freekick which in turn sent the technical bench into a frenzy.

A goal that was worthy of all three points.

Gateway United would now travel to Warri in the midweek to face J Atete.