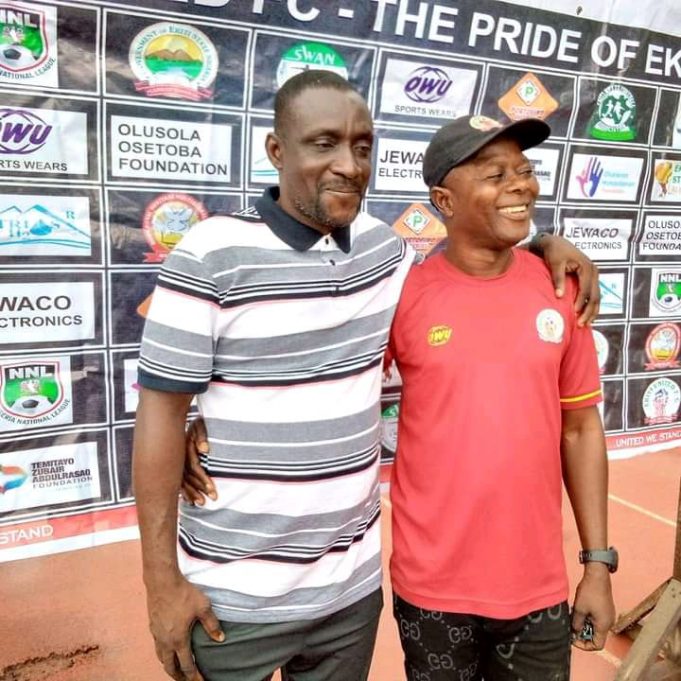 Omiponle, who led Ekiti united during the mid-season of the 2019/2020 NNL, campaign to an historic feat of super 8 qualification for the first time in over 20 years has join the seasiders.

Omiponle’s appointment was announced by the club’s media department on Monday.

According to the seasiders, they described Omiponle as an experienced and knowledgeable tactician who has all the requirements the clubs need.

The statement further gave reasons for Omiponle’s appointment as a CAF B license coach, who has vast knowledge in grassroot football. It also read that, Omiponle is maternally bound to Delta side (isoko extraction) and paternally from Ekiti state.

The statement equally confirms the appointment of coaches for the Seasiders, ahead of the forthcoming NNL season.

The statement adds that the executive chairman of the Delta State Sports Commission, DSSC, Tonobok Okowa, has approved the appointments of the new coaches.

The Management team of Warri Wolves screened about 91 coaches, who applied for the various coaching positions at the club.

The new coaches will be unveiled at a later date, as preparations for the new season will start in earnest.

Chelsea on Chiwell, Coutinho to merseyside? more on the weekend transfer news