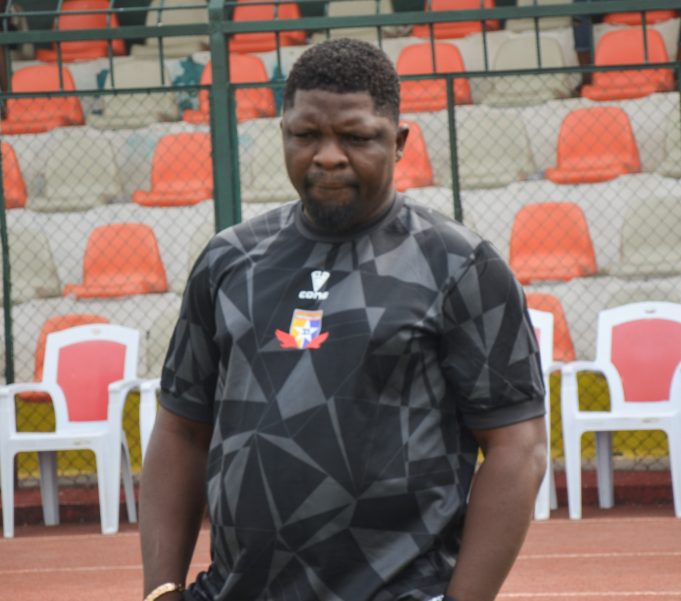 The Head Coach of Remo Stars Football Club (RSFC), Daniel Ogunmodede has taken up the responsible for the 4-0 defeat to Bayelsa United FC in Match day two (2) of the ongoing Nigeria National League (NNL) season.

The Sky Blue Stars conceded all four (4) goals in the last twenty-five (45) minutes of the first half against the Restoration Boys in Yenagoa.

Speaking with RSFC Media, the head coach says he should be blamed for the defeat against Bayelsa United and not the players.

“It is a very disappointing result, I am to be blamed for the result and not the players because the tactics I deployed was broken down in the first 25 minutes. The remaining 20 minutes of the first half was horrible, four goals in twenty minutes.”

“It’s just our first away game, there are more to be played but for this away game, I accept the blame. Hopefully we will rectify and correct the anomalies.”

“We will push to win our next game, we will take all game as it comes and the determination is to go to the next game to get the maximum points.”

The Sky Blue Stars will host Abia Comets at Remo Stars Stadium who defeated Apex Krane 1-0 in front of their fans.