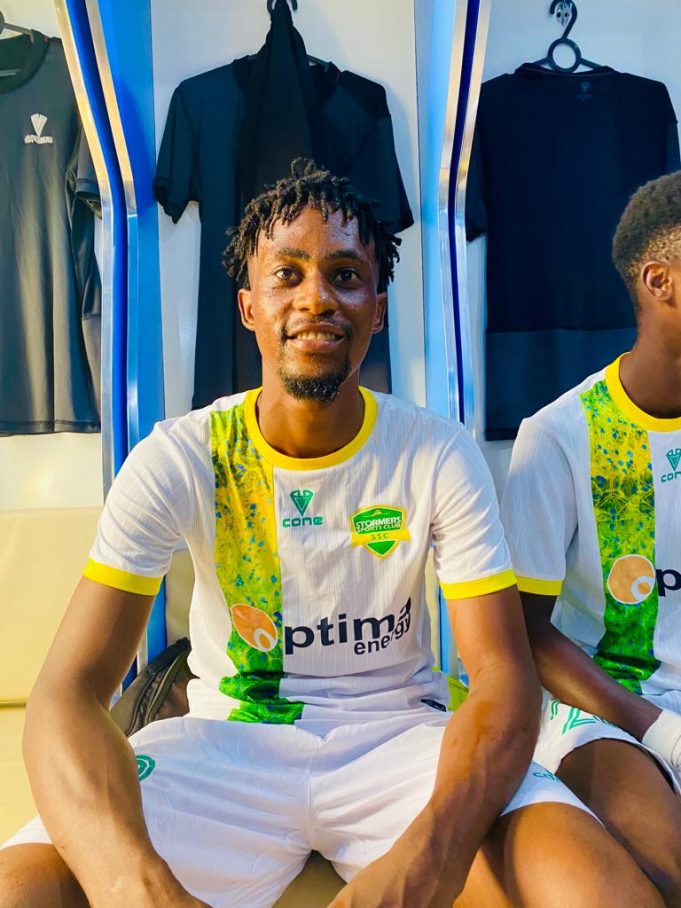 Abeokuta Stormers’ new signing, Akande Suraj is excited about his debut league game for the second division based side during their lone goal victory over J’Atete at Ikenne.

Ismail Olamilekan’s goal from the spot helped the Stormers pick maximum points as they began the second tier of the season on a blistering form.

Abeokuta Stormers’ victory sent them to the sixth position with 16 points.

According to the former Galacticos player Suraj, he expressed his delight on getting his first game action with the Stormers.

The striker who made several attacks during his 70 minutes of play told Nairasports that he is getting to understand his new environment.

Suraj in the first 10 minutes of the game made his first shot on target for the Stormers but J’Atete’s goalkeeper was readily available to parry the striker’s effort.

In the second half, Suraj also contributed to the attack with a flying header that went wide.

Suraj believes that his next game will be better than his first appearance.

I have fulfil my Promise to Oyo people, Makinde reacts as...