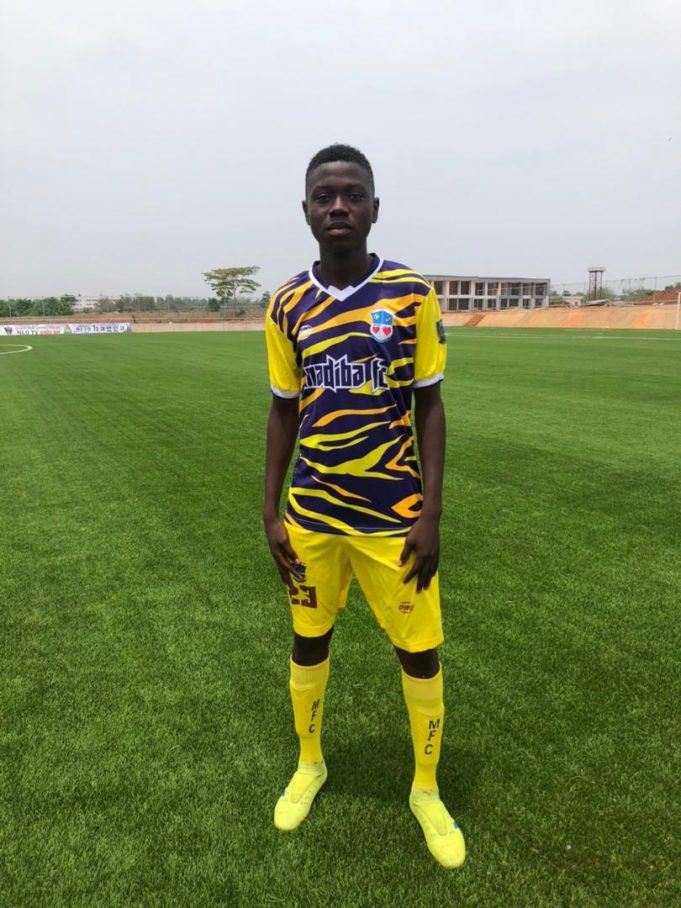 Madiba Football club star, Shola Oladunjoye has revealed that his dream is to play for the Nigerian national team, Super Eagles in future.

Shola who bagged brace in matchday 6 of the Nigeria Nationwide league one against Cincinnati Fc in a 3-1 victory for Madiba.

Shola scored a volley in the 77th minutes before he sealed the victory for the Lagos based side in the 90th minutes.

The young striker said after his brace that listening to instruction helped him and will continue to work hard.

The 15 year old star also revealed that Nigeria National team is full of talents and qualities that the future is bright.

“playing in one of Nigeria’s leagues and performing well will improve my chances and I hope that I will get a call up to Nigerian National team one day because it has been my dream to represent my father land.

“I’ve adapted to the playing style and culture of the league and I’m hoping to play more games in the future with top clubs, It’s a great experience to play in the league.

“The Nigerian team has always had quality, but now there are a lot of young talents playing, so the future is very bright for someone like me” he said