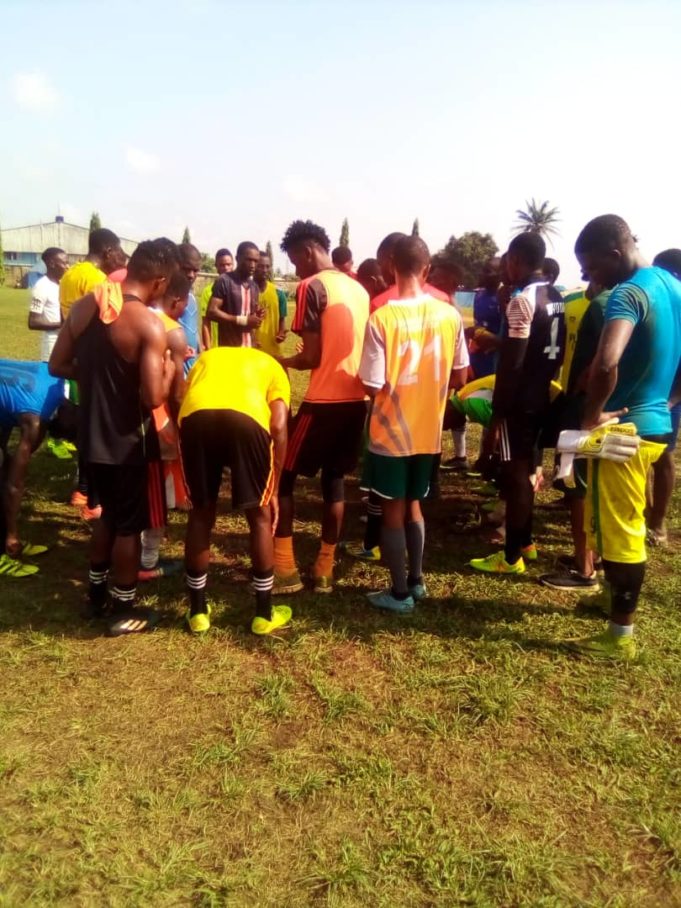 Nationwide League One (NLO), Division One side Magate football club have completed it’s two weeks screening programme as intensive preparation ahead of next season begins from next week.

The screening programme which began on the 2nd of November 2020, lasted for two weeks saw a massive numbers of turned out as talented footballers across the country came out to showcase their talents.

Maximum number of forty five footballers came for the screening programme which was held at the club’s training ground, Supreme Distilleries field in Iju-Ota, Ogun state, at the end it was twenty nine who were picked after having impressed head coach Umar Farouq.

Addressing the team shortly after the training session was the General Manager, Comrade Owolabi Aleshinloye, who charged the lads to always be at their best and ensure to always put in 100 percent commitment during training sessions should they aim to improve their game.

Preparation proper for the Nationwide League One Season commence from Monday as high profile friendly matches to put the team in shape has also been lined up.