Ikorodu Based Football Academy, Ablaze FA youngster, Awolola Adebowale has been up and running for two years now having gone on loan to YG Boys for the Ikeja Divisional League to prepare himself ahead of the Nigeria Nationwide League One.

Debo who grew up through the rank of the academy from U14 has finally had a go at the Nigeria Nation wide League One spot. He was in perfect performance for the YG Boys and he has also shown why he has all it takes to get to the league.

The young attacker who started his game as a left back reveals his target is to help his team qualify to the NNL and also build enough profile for himself.

He opened up saying, he is not for the money but for the development and profiling of his career,stating money will come when God says it will.

His side had a 1-1 draw in their opening game against Osopadec FC after they came from a goal down in the first half. Awolola Debo played 50 minutes of the game before coming out in the second half. 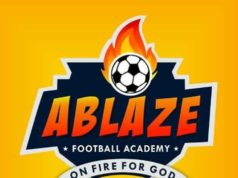 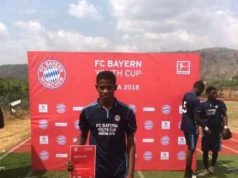