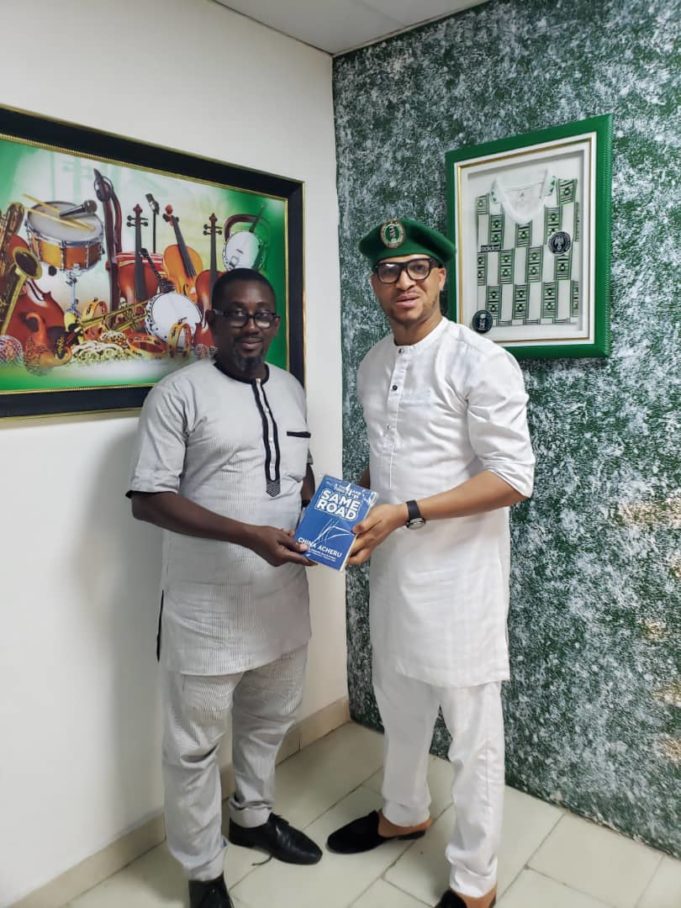 Authentic Nigeria Football Supporters club (ANFSC) have come out to endorse A Thousand Times On The Same Road a book, by Veteran sports journalist, China Acheru.

President of Authentic Nigeria Football Supporters Club, Prince Abayomi Ogunjimi while receiving copies of the book on behalf of the club stated that he always appreciates innovative ideas and likes to support progressive thinking people.

“I have known China Acheru for quite sometime albeit from afar but I have always loved his storytelling style, I recommend this book for lovers of Nigerian football as it tells us about a lot of behind the scenes happenings in Nigerian football” Prince Abayomi stated.

Prince Abayomi Ogunjimi also present Mr China Acheru with the club’s branded nose mask while stating that the club supports the government’s Covid-19 guidelines and urges citizens to adher to the protocols and he also stressed that the club in its own little way supports the community by giving out Hand sanitizers and Nose masks.

A thousand times on the same road is a book about the adventures of China Acheru while covering football at sixty-one stadiums across 49 Nigerian towns, seventeen stadiums across sixteen African cities and stadiums in Europe and South America spanning three decades.

Authentic Nigeria Football Supporters Club is proud to endorse this book and has bought copies to be shared to its members.