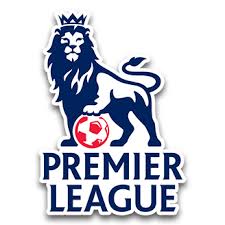 The English Premier League has given many
African footballers the much-needed
breakthrough in their careers, eye-popping
salaries and other packages. And because it’s a
platform that properly appreciates players for
their efforts, every season sees footballers from
the continent netting tons of goals for their
clubs.

With the new year here, the Premier League has
conducted a ranking of all countries according
to the goals scored by players from such
countries.

According to the official website of
the Premier League , Nigeria was ranked as the
highest-scoring African country since the league
was founded in 1992 – with a total of 471 goals.
It’s also the last among the top ten which
includes the likes of England, France and Spain.
The 471st goal which contributed to us topping
countries like Argentina (yes, we topped
Argentina!), Italy, Brazil, Germany and Portugal
was scored by Alex Iwobi in Arsenal’s game
against Brighton in October last year.
The top five contributors to the 471 goals are
Yakubu Aiyegbeni (95 goals), Nwankwo Kanu
(54 goals), Efan Ekoku (52 goals), Shola Ameobi
(43) and Osaze Odemwingie (36 goals).
Facebook Comments