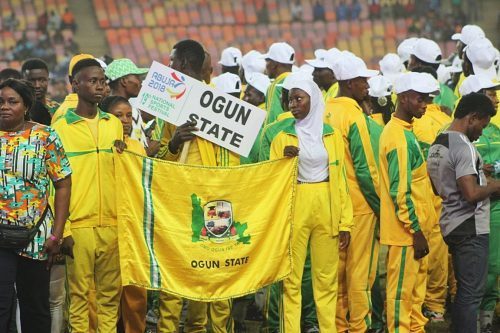 Team Ogun contingents will deart the state for ilorin on Monday for the 6th Edition of the National Youth Games which is sheduled for  Sunday 10th October to 20th  October, 2021 at the University of Ilorin sports complex, Kwara State.

In a release signed by the Head Public Relations of the State Sports Council, Bola Giwa said that the contigent including  athletes and officials are 230 and  would be participating in twenty-two (22) Sports at the festival.