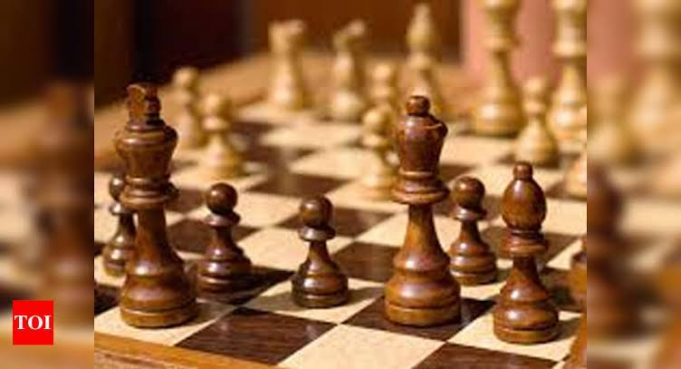 Products of the previous edition of National Youth Games, Isaac Okeke, Goodness Ekunke and Deborah Quickpen yesterday showed shade of their respective talents on the continent when they emerged champions at the just concluded African junior chess event in Accra, Ghana.

Aside from the trio who were products of the Youth games, another Nigerian, Olanrewaju Obaloluwa in the Under 10 section was second best in his section. In all, Nigeria won four gold and one silver.

For Okeke, who competed in the highly competitive U-18 category, his resilience in the middle play gave him a big edge over the rest of the pool as he secured perfect score in the Nine-round Swiss event pairing. He will represent Africa at the World Youth Chess Championship in 2022

Aside the feat, Okeke becomes the latest International Master title holder as he joined the rank of Thomas Oparaugo, Fola Akintola, Dapo Adu, Odion Aikhoje, Bunmi Olape, Femi Balogun, Daniel Anwuli and Ajibola Olanrewaju who had earlier been bestowed with the title.

Before this new height, Okeke had represented Ogun State at the 2018 National Youth Games in Ilorin where he won gold on board three.

Just like Okeke, another Youth games product, Ekuke excelled in the Under-10 category where he defeated all contenders and won a gold medal in the section. The feat at the Accra tourney also earned him Candidate Master title by the World Chess Federation (FIDE).

In the same vein, the youngest player to have ever participated in the National Youth Games, Deborah Qiuckpen who represented Bayelsa at the last  biennial event extended her doggedness on the chess board as she secured a perfect score in the Under-8 category and will represent Africa in the same category at next year’s World Cadet Chess Championship.

For her brilliancy at the last games in Ilorin, the organisers of the event gave her a special award as the youngest player when she represented her State, Bayelsa at age six.

She has also joined the rank of Nigerian chess players with Woman Candidate Master title holder.

Another Nigerian player, Obaloluwa also excelled at the event and he is expected to be part of the team for the global event next year.

In all, nine countries participated in the annual tournament.