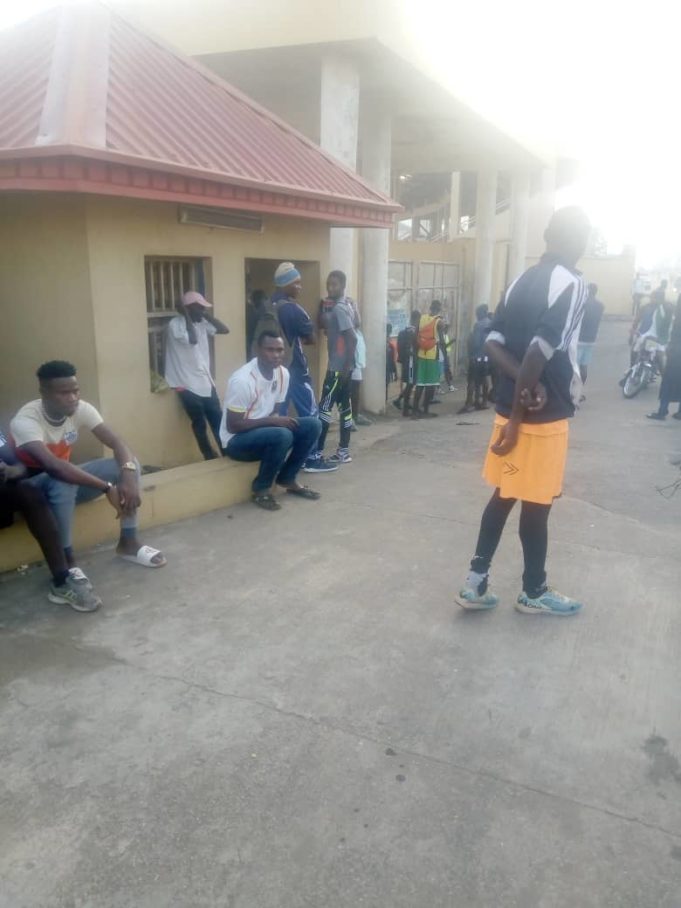 Non payment of wages has become norms in our present society especially in government offices. Some sector is suffering from inconsistent payment of salaries.

Ekiti state is one of the states in Nigeria that’s owning officials salaries. The sport council of the state have been accused of non payment of allowances by the athletes.

NAIRASPORTS had earlier reported about the meeting of the technical crew and athletes at the Oluyemi Kayode stadium it was revealed that the reason for the meeting is to discuss the wages of sportsmen and women owned camp allowances for the forthcoming Sport festival.

The aggrieved athletes went further today as they blocked the Oluyemi Kayode stadium preventing both the stadium management and technical crews from entry. Ekiti State ahtletes barricaded the entrance of Oluyemi Kayode Stadium protesting for resumption in camp, the amount of allowance to be paid, rewards for athletes that won medals at the last edition and attendance of the 120 athletes that qualified for the festival.

While speaking with one of the coaching crew, he disclosed that the athletes prevented both the staffs of the sport council and technical crew from entering the stadium and meeting officials of the ministry of sport.

The aggrieved athletes want there demands met to avoid non participation in the sport festival.

NAIRASPORTS gathered that the commissioner received a sum of 15million for the welfare of the athletes in the camp yet a meagre amount were offered to the athletes.