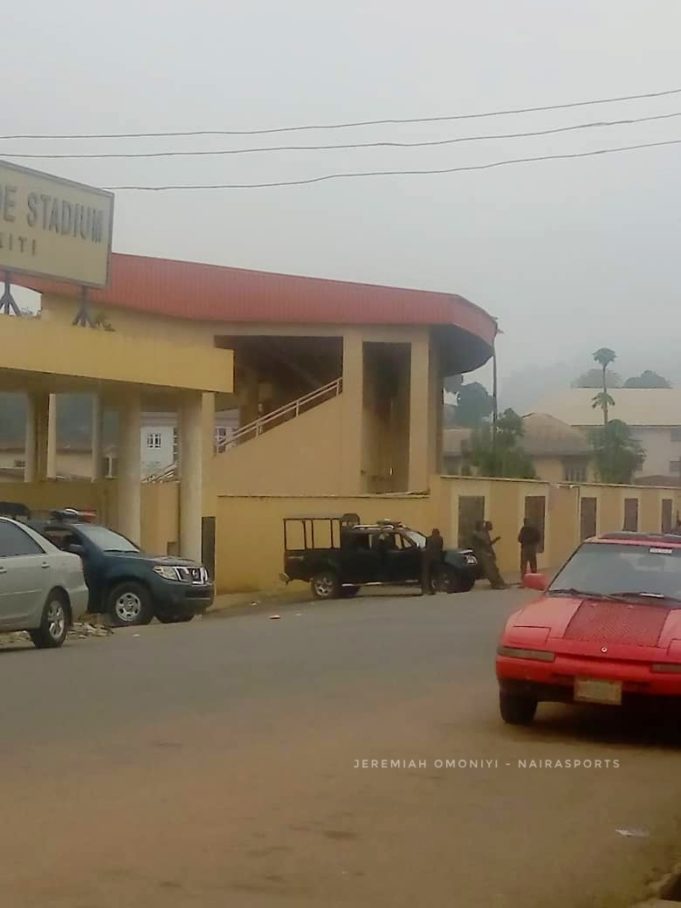 Their has been Drama at the entrance of Oluyemi Kayode Stadium, Ekiti has police denied Athletes, Coaches to enter the stadium, Nairasports.com.ng reports

NAIRAPORTS had earlier reported that After the postponement of the National Sport festival early this year due to COVID 19 pandemic, the state athletes complained about the nonpayment of camp allowances promised by the ministry of sport.

NAIRASPORTS gathered that the in early hours of today security personnel surrounded the Oluyemi Fayemi’s stadium in order from the commissioner of sport Mr. Michael Awopetu.

According to the information gathered, it was revealed that the commissioner ordered security personnel to disrupt the meeting of the coaches and athletes which may expose the mismanagement of Sport festival funds.

Meanwhile, the Ministry of Sports has announced that the National sport festival will commence later this year with several states have been regrouping there athletes in order to prepare for the Nigeria’s biggest sport activity known as Nigeria Olympics.

Ogun state U13, U15 tournament kicks off on December one