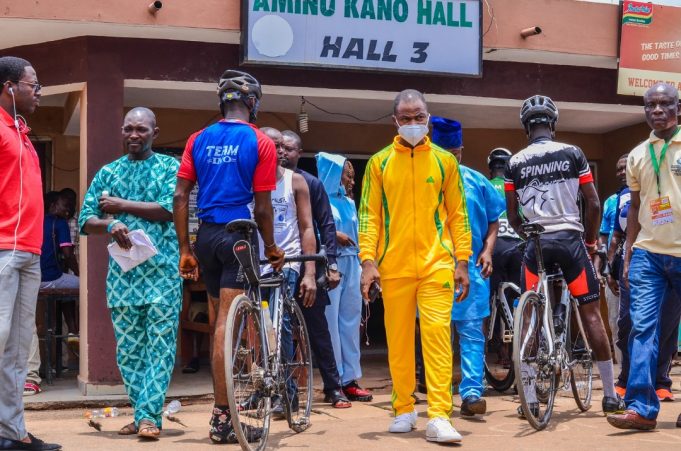 Commissioner for Youth and Sport, Dr Oluwadare Kehinde has charged athletes representing Ogun State at the ongoing National Sport Festival in Edo state to be good Ambassadors and put in their best in the competition as Ogun state is known for excellence which they should strive to maintain.
Kehinde gave the charge while paying a solidarity visit to the Camp of the Ogun State Contigents at the Aminu Kano Hall of the University of Benin, Benin City, Edo State.

Kehinde assured them that the State will definitely reward good efforts and encouraged the athletes to thrive for medals in their various sporting activities.