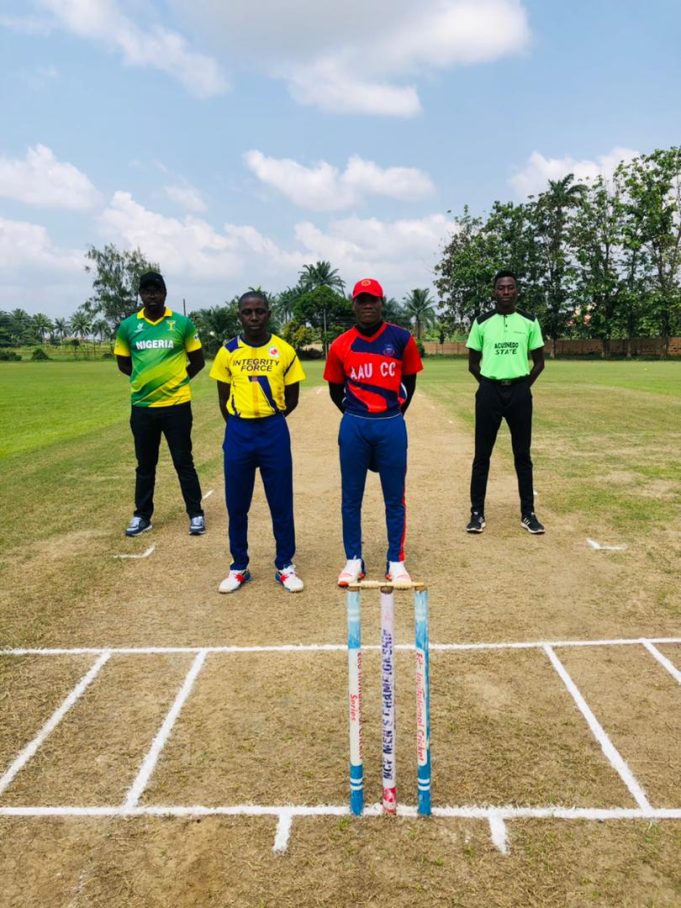 The new season of Edo Cricket Leagues flagged off last Saturday, November 27, 2021 at one of the few turf wickets in the country, with a number of the national team players listed for action for the 10-week play.

Chairman of Edo State Cricket Association, who doubles as the President of the Nigeria Cricket Federation, Uyi Akpata, says this season has more teams competing than the previous year due to the growth the game has witnessed in the state.

“We are expanding on all fronts, beside the new teams; each of the side now has a feeder team as a pre-requisite to be part of the league,” he said.

On match day 1 however, the U-17 Cricket Club had an easy win in the opening encounter as their opponent UNIBEN Cricket Club failed to show up for their encounter due to factors that was later reported to officials as academic demand on their key players.

Officials of the league ruled out a re-match and awarded the match in favour of U-17 for failure to communicate their case appropriately.

In the second match of the day, Vincent Adewoye, one of the top bowlers for the Senior national Team led the league side, Integrity force to a smooth victory over Ambrose Alli University Cricket Club. Integrity Force won by 5 wickets and Adewoye was Man of the Match with his 29 runs contribution to the victory.

On Matchday 2, Ambrose Alli University Cricket Club extended UNIBEN Cricket Club woes by claiming another walkover when they again failed to meet up with the minimum requirement for a re-match, according to league officials.

In the second match of the day, No-Limit Cricket Club rose above Invictus Cricket Club after the later failed to match up their 97 runs stake in the first innings.

National Under 17 bowling star, Victor Ikpoli, with 4 wickets in 4 overs for 10 runs, was the Man on the Match.

All the matches were played at the Edo Boys High School, High Performance Center in Benin City. Hostilities resume next weekend.

AFCON U17: Ugbade calls 48 players to camp in Abuja