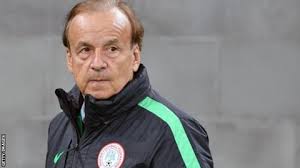 Following the controversial of inviting Home based players to the Senior national team, Super Eagles Coach, Gernot Rohr has disclosed that he will pick the best legs for his team.

NAIRASPORTS reports that NFF announced that Rohr’s Contract has been extended till December 2022.

The terms in the new contract deal includes; that He must reside in Nigeria, His salary would be paid in Naira, He must watch the NPFL (Nigeria’s domestic league) to increase the amount of homegrown players in the national team, Qualify for 2022 World Cup and Win 2021 AFCON

The Franco German manager has revealed that it is very difficult for local players to get into his team.

He also added that it is not part of his contract to invite local based players.

According to Rohr, “You want me to invite locally-based players, It’s always not possible. If you want to come into this team now, you have to be very strong. We have players from Europe, players abroad from Nigerian father or mother or both, they are so strong, so it’s very difficult for local players to come into the team”

“It’s not a part of my contract to take players who are not so good as other ones. I can choose my players myself. It’s the most important. Nobody can tell me to pick this one or this one. I can take the best players and I don’t do it alone, I have a team (technical crew). We speak about the games of the weekend, so we have to take the best ones regardless of where they are coming from” He told Channels sports

Rohr has been in charge of 38 officials Games for Eagles winning 21 times, 7 draws and 10 looses since he was appointed as Super Eagles coach in 2016. 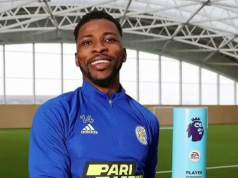 Gattuso back as Manager for AC Millan