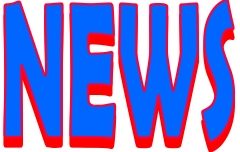 Manchester United manager Jose Mourinho said he “doesn’t know” when forward Anthony Martial will link up with the squad after his side beat Real Madrid 2-1 in the International Champions Cup.

Goals from Alexis Sanchez and Ander Herrera earned United a first 90-minute win of their United States trip, but they had to do without Martial in Miami after he left the tour last week to attend the birth of his daughter.

Mourinho questioned why the French international did not return for Saturday’s 4-1 defeat by Liverpool.

Asked if Martial would be part of his squad for Sunday’s game against Bayern Munich at the Allianz Arena – five days before the start of the Premier League season – he said: “I don’t know.”

Martial has been linked with a move away from Old Trafford and it is understood the club would be willing to let him leave for a team outside the Premier League.

Mourinho did confirm attackers Marcus Rashford and Romelu Lukaku and defender Phil Jones had volunteered to return to training three days early in a bid to ensure they are fully fit for the Premier League opener against Leicester on 9 August.

Chilean forward Sanchez impressed against Real in the final match of United’s five-game trip, scoring United’s first and creating the second when he nodded Juan Mata’s cross into the path of Herrera, who finished with a first-time shot.

Gareth Bale started for Real but his only chance of note was a curling shot that went wide.

Karim Benzema, the single player who began the Champions League final win over Liverpool to start in Miami, pulled one back in first-half stoppage time.