Spokesperson for the club, Olawale
Quadri , who confirmed the
resignation in an interview with the
News Agency of Nigeria , said that the
departure of the astute manager was
sudden .
According to him, Ojieh has moved on
and the club would find a suitable
replacement as soon as possible.

“ He resigned this morning but not
with any official statement , he told us
he is moving on. We are yet to have a
replacement for him.

“ But we will get a replacement for him
as soon as possible because we don ’ t
want to leave room for vacuum .”

NAN reports that Ojieh was part of the
backroom staff that guided MFM FC to
the second place finish during the
2016/ 2017 Nigeria Professional
Football League season.
The spokesman also said the team was
participating in the ongoing Gold Cup
as part of its preparations for the new
season.

“ We are participating in the annual
Gold Cup now ; we drew our first
match with Niger Tornadoes 0 – 0 , our
next match is against FC Ebiede
tomorrow .

“ The Cup is a warm up tournament for
us,’’ Quadri said . 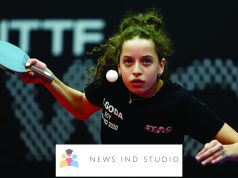 World number one to storm Lagos for ITTF Africa Cup