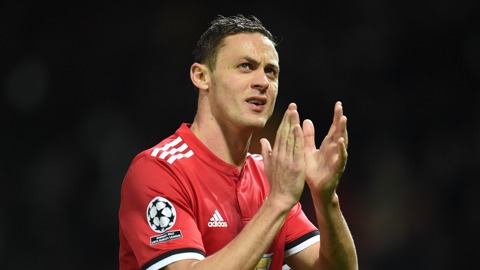 Nemanja Matic has accepted that Manchester United were beaten by the better team and deserved to be knocked out of the Champions League by Sevilla on Tuesday.

Jose Mourinho’s side turned in an underwhelming performance at Old Trafford as they went down to a 2-1 home defeat following a 0-0 draw in the first leg in Seville.

And the Serbian midfielder was quick to congratulate Vincenzo Montella’s outfit for their progression into the last eight, adding that United must bounce back when they host Brighton in Saturday’s FA Cup quarter-final.

“We are not happy because we are out of the Champions League, but this is football,” Matic told reporters after the game. “We have to accept it and to focus on the next game, which is very important also for us, in the FA Cup.

“We focus also for the league, but we have to say congratulations to the team, Sevilla. They played really well, and they deserved to go through.”

The former Chelsea star insisted that the proximity of Tuesday’s game to last Saturday’s 2-1 Premier League win over Liverpool cannot be held up as an excuse for his team’s elimination.

“We won. With high confidence we came to play this game, but today they played better than us and they deserved [to win].”

The FA Cup now represents United’s only realistic tilt at silverware, and Matic says that Brighton’s visit will quickly become their focus following their setback in Europe.

“We have to be focused on that because they’re a good team and we have to win. We have to go with everything to try to go through,” he said.

“We know that our supporters are sad because of this result. We are also sad, and we have to win to go back to winning ways, so I hope that the team reaction is going to be good.

“We have to forget this. We have to review our mistakes, to see what we have to do better and on Saturday is a new game.

After Seven Years, Nigeria Cracks Into Top 30 in FIFA Ranking