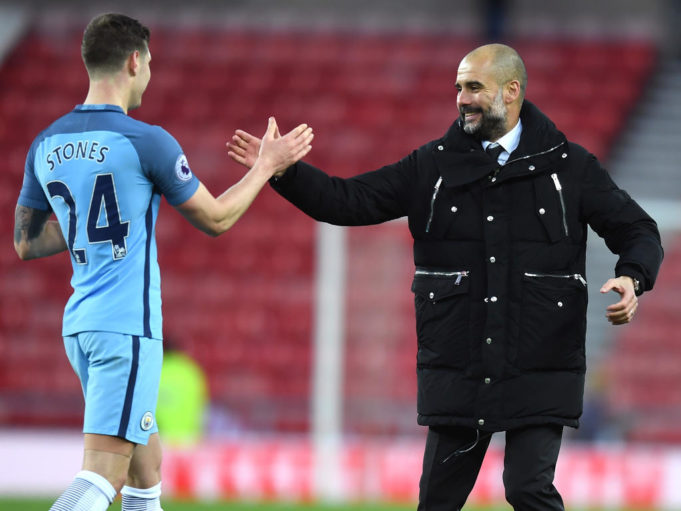 John Stones says the experience in the Manchester City dressing room will be vital as they aim to finish ahead of Liverpool in the thrilling race for the Premier League title.

City will retain the Premier League crown if they win their final two games against Leicester at home and Brighton away, but with Liverpool just a point behind there is no room for error.

It is a totally different scenario from last season, when City romped to the title with five games to spare and went on to finish a record 19 points clear of nearest challengers Manchester United.

“Last season the league was done by now,” said defender Stones. “It’s a strange situation because some of us haven’t been in this situation before.

“I think Vinny (Kompany) said that these are the times when it brings the best out of you as a player, but him as a player, David (Silva), Sergio (Aguero) and a few of the others have been in this situation before. They know what the feeling is, how to get the best out of it.

“We’ve got to be guided by those and try to take everything in. It makes everything exciting, keeps everyone on our toes.”

The England player said the tightness of the race was “making us hungrier to keep winning, keep the pressure on and keep fighting until we can’t any more. It’s exciting to be part of it”.

Stones feels winning this year’s title would be more special than last year’s success because it would make City the first team to win two in succession for a decade.

The 24-year-old said: “It’ll be special because it will be back to back, not because we’ve been pushed by Liverpool.

“I think it’s better for the football fans in general that it’s gone so late in the season and nobody has won it yet.

City have won their past 12 Premier League games and Stones realises there is still no room to ease up.

He said: “Nobody in our dressing room will take these last games lightly and say these are easy wins.

“Never underestimate any team that’s lower in the league than you are, that’s when you start to become complacent and slip up yourselves.

“I think as players we go in and attack the games as difficult, respect our opponents and try to play our game.”