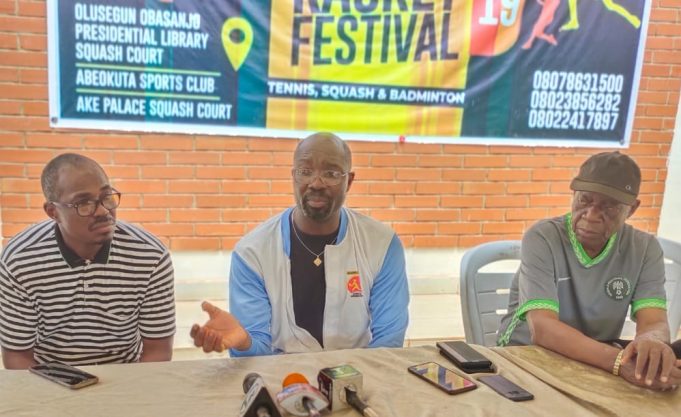 Players from South-West States and others parts of the federation are partaking in the festival being organised by Adekunle Adebiyi Sports Foundation.

Speaking at the media briefing held on Thursday at OOPL, the sponsor and promoter of the event, Adekunle Adebiyi disclosed that the squash event will feature U-16 and U-19 boys and girls

Similarly, he noted that the tennis event will feature U-14 and U-18 while that of badminton will include players in U-16 and U-18 in both boys and girls categories.

“We are anticipating total of 90 players for the squash event and they are coning from 12 states, and four academies. As for the tennis and badminton, four states are taking part.

“Lots of prizes will be given to those players that distinguished themselves at the event. It will be for players ranked from 1-8 positions, and it could be extended further.

“Actually, this year edition is supposed to hold in Ondo State, but because of facility, it has to hold here in Abeokuta. All the sports equipment will be delivered to Ondo State despite that it is holding in Abeokuta,” he stressed.

In the same vein, Justice George Shoremi commended the sponsor for giving out rackets to players, urging that the state government build a standard squash court at the Alake Sports Complex in Ikeja.

Also, he advised that the state government should put more money into sports to enhance sports development across the state.