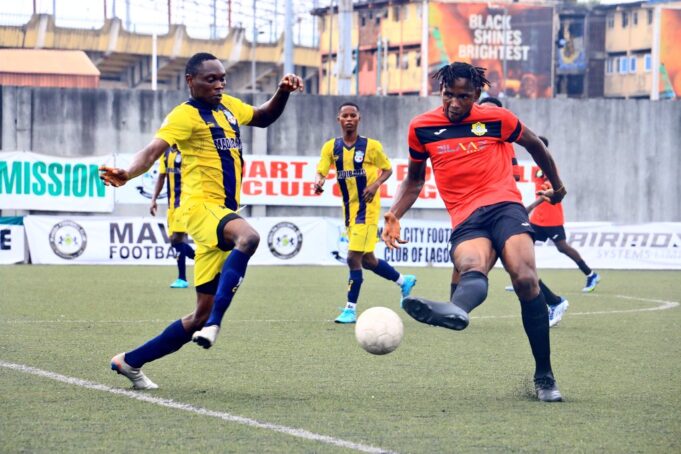 The young Southern side held on to beat favourites, Mailtantarki Care FC by a 1-0 in the final played at the Legacy Pitch in Lagos on Saturday.

The Super 8 competition organized to determined the eventual champions of 2021/2022 NLO saw the converging of eight teams that booked their places in the second tier division of Nigerian league, the Nigeria National League.

Madiba shot themselves in front with two minutes before the half hour mark when Rabiu Nurudeen picked up a through pass and finished with a cool strike.

That goal was all the Lagos based outfit needed to put the icing on the cake of their qualification berth to the NNL.

Other teams that participated at the Super 8 and have also qualified to NNL are Aspire FC, FC Ebedei, Smart City FC, Junior Danburam, Kun Khalifa FC and Police Barreta FC.

We await NFF, LMC decision on our voting – Alloy Chukwuemeka