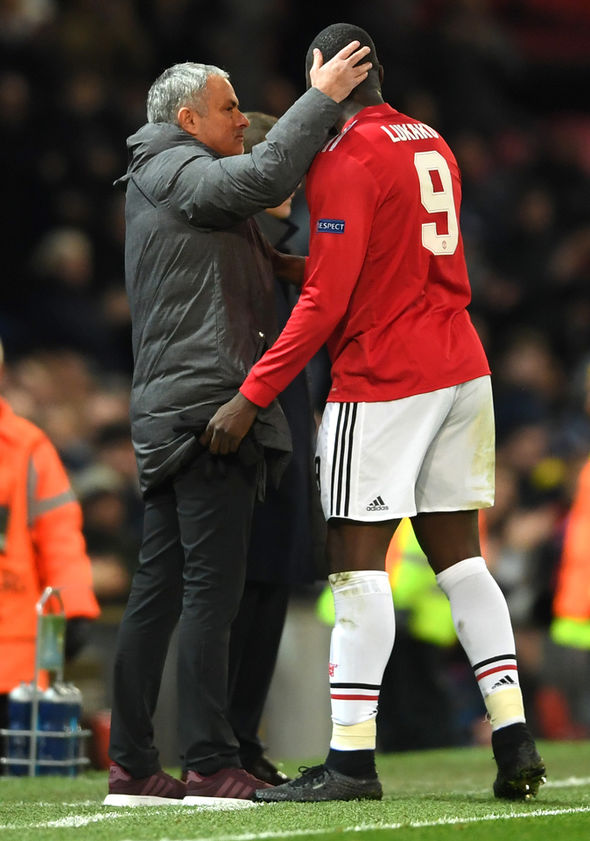 Lukaku joined Manchester United for £75m from Everton in the summer.

The Belgium ace has repaid Mourinho’s faith with 24 goals so far this term.

Lukaku has missed just one Premier League game all season and has been an ever-present in the Champions League.

His goal against Chelsea last week was his first against another top six side with some labelling him a flat track bully.

And Mourinho was forced to publicly defend the striker earlier in the season when he was criticised during a goal draught.

But Lukaku has revealed why his relationship with the manager is so strong.

“I think the manager in his mind thinks that I’m like his sergeant on the pitch, and that’s strange for a striker because it’s usually the midfielders,” he told Thierry Henry in an interview on Sky Sports.

“I’ve always worked hard and I’m grateful but at the end of the day, I’m a striker and I have to score goals.

“He has been really good but I think he knows I have that soldier mentality.

“I think the work rate I am delivering to the team is a lot and he knows he can come to me whenever. I will always put the team first ahead of myself and that’s something I told him, I said ‘the team is the most important thing’.

“The desire to win is bigger than ever since I came to this club, because I always wanted to win and to chase trophies.

“I always put that in front of my personal objectives and he knows that, and I think that’s the reason why I’m playing all the time.”

United face Liverpool on Saturday in a showdown that could go some way into determining who will finish second in the Premeir League.

Mourinho’s side needed a last-gasp winner at Crystal Palace on Monday to maintain their two point lead.

But Saturday’s match will be a real test for both clubs.

The first encounter finished 0-0 back in October as Mourinho played a pragmatic match in a bid to grind out a result.

That game has been seen as a turning point for United after they blitzed their way through teams in the opening rounds of fixtures.

Since then Manchester City have steamrolled their way to a 16-point lead and already have a hand on the title.

But Gary Neville thinks United will use home advantage to take the points this weekend.

“I always fancy United at home,” he told Sky Sports.

“With Liverpool you have to get through that first half an hour, especially at Anfield, where they are a completely different proposition.

“I’ve always thought that for Liverpool away from home they struggled with the size of the pitch, despite them not being hugely different on paper.

“Jose Mourinho has two big games in four days that will define the rest of the season – against Liverpool and Sevilla. How strong he goes in both remains to be seen.”