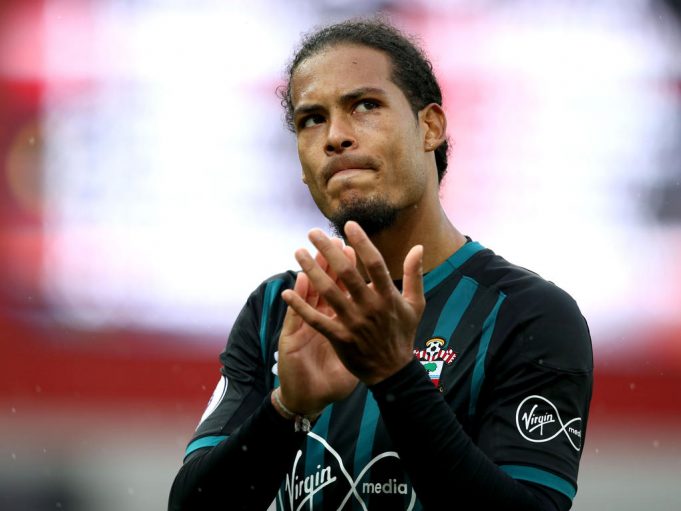 Liverpool signed Southampton’s Virgil van Dijk on Wednesday for a reported £75 million ($100 million, 84 million euros) in a deal that makes him the world’s most expensive defender.

Van Dijk has been linked with a move to Liverpool for several months and the Anfield club were forced to issue an apology after an alleged illegal approach for the Netherlands international earlier this year.

Reds boss Jurgen Klopp has remained determined to sign Van Dijk as he tries to shore up a leaky defence that has fatally damaged Liverpool’s Premier League title ambitions.

“Delighted and honoured to have agreed to become a Liverpool FC player,” Van Dijk wrote on Twitter, alongside a photo of him with a Liverpool shirt.

“Today is a proud day for me and my family as I join one of the biggest clubs in world football.

“I can’t wait to pull on the famous red shirt for the first time in front of the Kop and will give everything I have to try and help this great club achieve something special in the years to come.”

Although Chelsea and Manchester City were said to be interested in Van Dijk, Klopp has finally got his man on weekly wages of £180,000.

“Liverpool Football Club can confirm they have reached an agreement with Southampton for the transfer of Virgil van Dijk,” a statement on the club’s website said.

“The Reds have agreed a deal with the south coast club, and the player himself, that will see the 26-year-old defender move to Anfield when the transfer window re-opens on January 1, 2018.”

The previous world record transfer for a defender was the £54 million Manchester City paid Tottenham for England right-back Kyle Walker in the close season.

Saints confirmed that Liverpool’s offer had shattered the record, but didn’t reveal the exact fee.

“Southampton have agreed a fee that will set a new world-record for a defender. The club wishes Virgil well in his future when the deal is completed on January 1st 2018,” a statement read.

A fee of £75 million would also be level with Romelu Lukaku as the second most expensive transfer in Premier League history, behind only Manchester United’s £90 million purchase of Paul Pogba.

Van Dijk, who moved to Southampton from Celtic in 2015, was left out at the start of the season by new Saints manager Mauricio Pellegrino after having a transfer request rejected.

The 26-year-old returned to the team but with speculation mounting about a January move, he was dropped for Southampton’s recent matches against Chelsea, Huddersfield and Tottenham.

Van Dijk’s arrival at Anfield gives Klopp the defensive presence he hopes can transform a Liverpool back four that has conceded 23 goals in 20 league games — more than any of their top-six rivals except Arsenal.

Van Dijk could make his debut in the FA Cup third-round tie against Everton on January 5 after becoming the latest player to move from Southampton to Liverpool.

Rickie Lambert, Adam Lallana, Dejan Lovren, Nathaniel Clyne and Sadio Mane have all made the same switch in recent years.