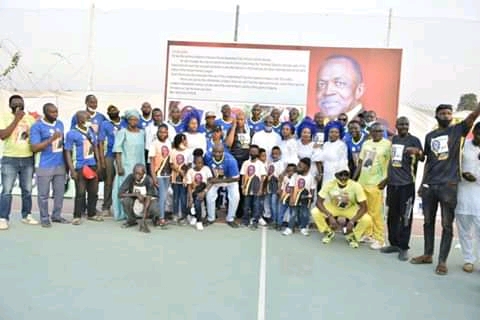 Speaking on Thursday during the well attended wake -keep ceremony for Coach Onisola at Basketball Court of Kwara State Stadium Complex, Dr.Adeyemo described the claim as  unfounded and baseless saying he rather died of a protracted Illness.

Acknowledging him as an icon , the Chairman said that the gaffer’s demise has created a vacuum in the Basketball family adding that his commitment to the evolution of Basketball in Kwara State and Nigeria as a whole can’t be quantified.

“He is an encyclopedia and symbol of Basketball. A Coach and Referee of international repute, we will greatly miss him.” Adeyemo who is the founder of Olutayo Hospital and a member of Kwara State Covid-19 Technical Committee said .

Tunde Onisola, one of the deceased son described his late father as a man of integrity whose ideals and virtues had inspired and guided his life.

Expressing gratitude to God for his father’s impact during his lifetime ,Tunde noted that his demise was not a call for sobing but a reflection of a fulfilled life.

The Director of Sports Council, Kwara State, Alarape Atanda and Caoch Sule Yanky Dudu, another Basketball Veteran Coach in their separate remarks said that his meticulousness and dedication to the development of Basketball game is second to none.

In his own words, Elder Mike Aina urged the government to honour the late Coach for his outstanding contributions to the development of the game in
Kwara State and also tasked them to provide Basketball coaches for the team with a view to continue developing talents .

An ace Broadcaster, Alhaji Dan Kazeem who also doubles as in-law to the late Coach eulogised him as discplinarian  whose life worth emulating.

Tunde Popoola, the president of Basketball Referee Council Association in Nigeria stated that the late gaffer was a peace maker who always sue for harmony in every dealings.

Coach Onisola has today been committed to mother earth in his home town,Olla in Isin Local Government Area of Kwara State.

Aged 72 , he was the Technical Director of Kwara Falcons Basketball team until his demise- was part of the team that gained promotion to elite division in 2013 and won the Silver medals in the 2018 Kwese Basketball Premier League.

The Kwara Basketball Veteran Association as part of many programmes to immortalise him has organised a Basketball tournament tagged ‘1st Prolific Basketball Tournament” in his honour with the final match coming up on Sunday,17th of January. 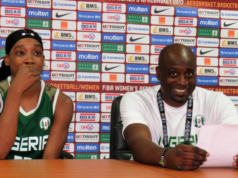 WAFU B U17: 13 Golden Eaglets players to Undergo MRI Test Today as eaglets...