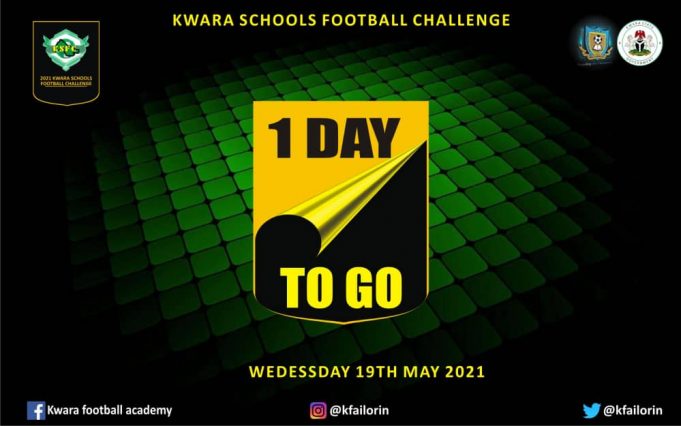 The organisers of the Kwara Schools Football Challenge(KSFC) has released the guidelines for the opening ceremony of the football competition.

In the schedules released, all the participating schools are expected to arrive the venue of the opening ceremony at the Kwara Football Academy premises at 8am on Wednesday 19th of May.

The ceremonial march-past in the presence of His Excellency the Deputy Governor of Kwara State Mr. Kayode Alabi is expected kick off at 9am.

It added that the schools are expected to present between 10 and 15 students for the march -past while stressing that the excercise is not gender specific .

However, all the Schools have been encouraged to come with an identifiable banner bearing the image and logos of their school in a bid to add more colour and glamour to the event.

The football tournament which is organised by Kwara Footballball Academy (KFA) Ilorin is now in its fourth edition and will run from 19th to 27th of May.

Traditionally, a football quiz competition which will involve all the participating schools has also been scheduled to take place on the 26th of May at the KFA dinner hall.