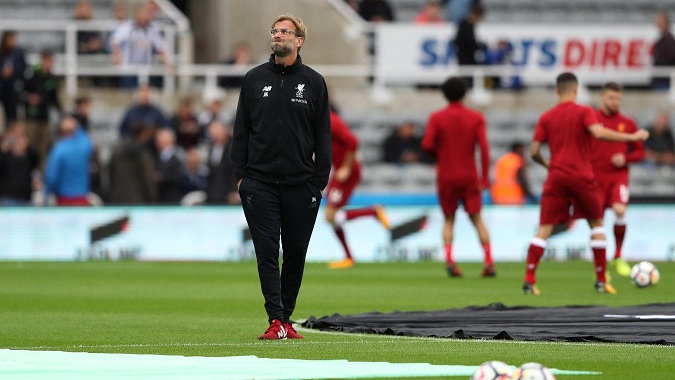 Jurgen Klopp has urged Liverpool fans to celebrate “in a safe way” during the coronavirus crisis after chaotic scenes marred the club’s Premier League title celebrations.

Thousands of Liverpool fans gathered at the Pier Head for a second night of celebrations on Friday after the club became champions of England for the first time in 30 years.

Police said officers were subject to violent confrontations and had glasses and bottles thrown at them as the celebrations continued in the city centre into the early hours.

Klopp, in an open letter to fans in the Liverpool Echo, said he “did not love” the scenes that took place at Pier Head.

“I am a human being and your passion is also my passion, but right now the most important thing is that we do not have these kind of public gatherings,” wrote Klopp.

“We owe it to the most vulnerable in our community, to the health workers who have given so much and whom we have applauded and to the police and local authorities who help us as a club not to do this,” he added.

Klopp said fans should celebrate in a safe way in private settings to avoid spreading the disease.

He added: “If things were different I would love nothing more than to celebrate together, to have a parade that would be even bigger than the one after we won the Champions League last year so that we could all share this special moment but it just is not possible.”

The German boss urged fans not to let efforts to fight COVID-19 go to waste.

“When the time is right we will celebrate,” he said. “We will enjoy this moment and we will paint the city red. But for now, please stay at home as much as possible.”

In a joint statement with Merseyside Police and Liverpool City Council on Saturday, the club criticised supporters who had ignored social-distancing advice.

Liverpool’s mayor Joe Anderson condemned the scenes, saying they had brought a “negative focus” on the city.

Klopp also praised fans for their support during the season, which was interrupted for three months by the coronavirus.

“I love your passion, your songs, your refusal to accept defeat, your commitment, your understanding of the game and your faith in what we are doing,” he said.

Police said £10,000 ($12,000) worth of damage was caused to the Liver Building, one of the city’s most famous landmarks, after a firework landed on a balcony on Friday.

A 19-year-old man has been charged with causing criminal damage and was due to appear at Liverpool magistrates’ court on Monday.

Iran football shame over tragic death of woman who set herself on fire after...