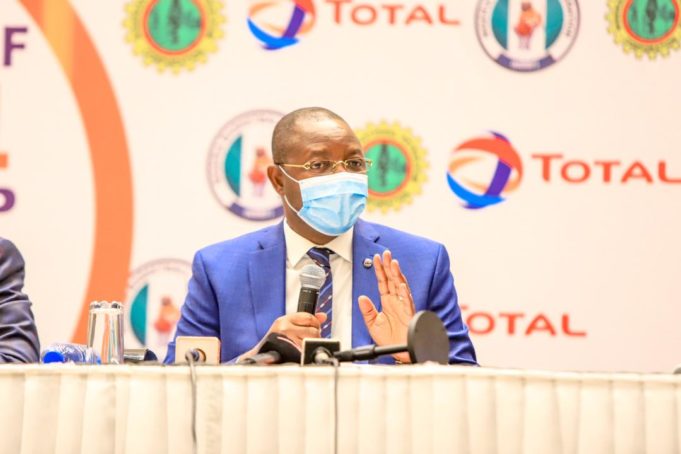 Honourable Minister of Youth and Sports, Mr Sunday Dare has showered encomiums on the board of the Nigeria Basketball Federation for its continued efforts in rewriting the history of basketball in Nigeria.

Speaking recently in Lagos, Hon. Sunday Dare noted that the NBBF board under the leadership of Engr Ahmadu Musa Kida has made Nigerians proud with great achievements at the national, continental and international stage.

Still on the unprecedented records set by the board, Sunday Dare eulogised the board for masterminding such noble achievements unrivalled in the history of African basketball.

“First team in the world to qualify for the 2019 FIBA World Cup in China, 17th place finish at the World Cup which ensured qualification for the 2020 Olympics as Africa’s best placed team after beating host China.

The Minister who hosted D’Tigress after the team successfully defended its FIBA Afrobasket title in 2019 announced that it was the first trophy he received barely a month after resuming as the Sports Minister.

“I got a clear sign, a moment of epiphany that perhaps the first victory coming from basketball was a clear sign that I must devote time, resources and support to basketball”.

Meanwhile, he has assured that the present leadership of the ministry has placed premium importance on grassroots sports programmes and development which is a sure way of providing a nursery for elite podium performance.

“As such, I urge everyone to support the efforts of the Government of President Muhammadu Buhari in repositioning sports development in Nigeria. The indicators are there. Recently, the Federal Government reclassified sports from mere recreation to sports as business.

“Sports with the business model will create jobs for our youths, generate a new stream of revenue for government, contribute between 2% to 3% to GDP, add value to the talents of our athletes and attract private investors”, Sunday Dare concluded.