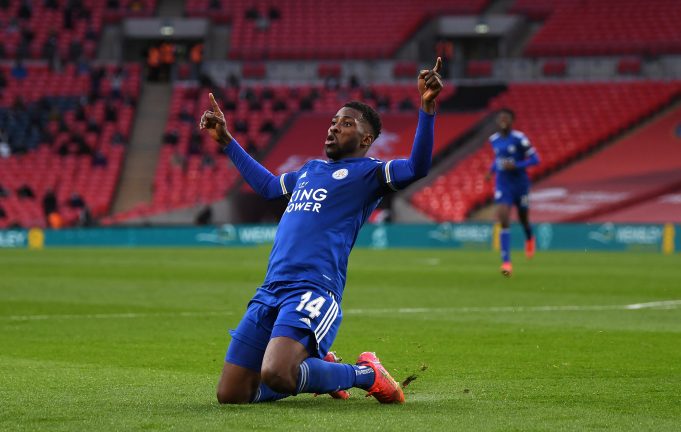 Kelechi Iheanacho was the hero for Leicester City as the Super Eagles striker netted the winner against Southampton that secured an FA Cup final spot for Brendan Rodgers’ men.

With Chelsea claiming an upset 1-0 victory over Manchester City in the other semifinal on Saturday, all eyes were on the Foxes and the Saints in the other last-four clash on Sunday.

The two underdogs kept it tight at the back in the first half before Iheanacho made the difference for Leicester City as they keep alive their dreams of lifting a first-ever FA Cup trophy.

The in-form Nigerian striker reacted first to a loose ball and put it away after his initial shot was blocked in the 55th-minute of the encounter.

Iheanacho’s goal was his fourth in his last three FA Cup games, with the 24-year-old scoring against Brighton Hove and Albion in February before grabbing a double in the triumph over Manchester United in the previous round.

Iheanacho will be the dangerman to watch for Chelsea when the Blues face Leicester in May’s final.