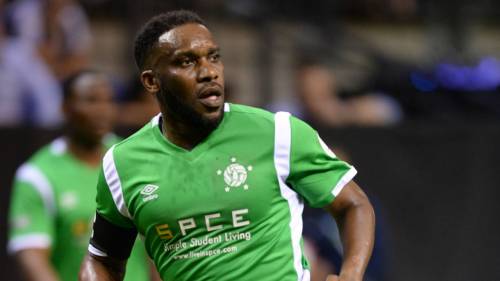 The 45-year-old, who describes himself on his social media profile as “The Football Magician”, made 124 appearances in the English top flight, scoring 14 goals for Bolton Wanderers.

Jay-Jay Okocha, who is often described as being “so good they named him twice”, faced two charges in the closed-doors hearing.

The famous sportsman was seen at court wearing white trainers with smart black trousers, a white shirt and suit jacket on top of a puffer jacket.

He faces one charge in relation to alleged acquisition, use and possession of criminal property, and another relating to allegedly concealing, disguising, converting and transferring criminal property. It is understood the appearance relates to incidents alleged to have happened in the north-east in 2015.

Police began an investigation in 2015 which spanned two years before charges were brought against Okocha and six others – five of whom are alleged to have carried out fraud related to north-east businesses.

Okocha, who also netted 14 times for Nigeria in 73 appearances and starred in the country’s 1994 World Cup campaign, made no plea during the hearing.

The retired footballer, of Milton Keynes, was granted bail. The case against him was continued for further examination. No date has yet been fixed for his next court appearance.

Okocha moved from Fenerbahce in Turkey to Paris Saint-Germain in 1998 for a transfer fee of €12.4 million.

The attacking midfielder also played for Hull City in the English Championship before retiring from the sport after the 2008-09 season. 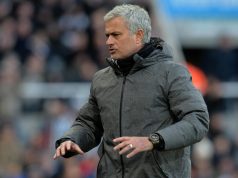