Ronaldo ended his nine-year association with Real Madrid when he agreed a switch to the Serie A champions worth €112 million (£100m/$130m), signing a four-year contract.

The Portuguese forward released a statement via Madrid’s website to explain his reason for requesting to leave, citing the need for a “new cycle” at this stage in his career.

However, Tebas believes the move was also partially motivated by money, noting that the player will able to earn more in Italy.
“He’ll earn more money than here,” Tebas told Marca TV.

“I think that fiscally it favours him to go to Italy. Here, in Spain, we have a problem with fiscal competition.

“Out of the biggest leagues, Spain is where the players have the worst tax situation.
“It’s not that elsewhere the rate is so much lower, but when you’re earning significant sums then these little differences in rates translate to a lot of money for the players.”
The five-time Ballon d’Or winner and Madrid’s all-time leading scorer’s issues with the Spanish tax authority in recent years was said to be a factor in his desire to leave the capital, as he suggested last year that he wanted to return to England because of the charges.

Ronaldo faced a minor prison sentence and a large fine if found guilty, but denied the allegations of fraud as he appeared in court last year to declare: “I always pay what I have to pay; I do things the right way and I will continue to do so.”

After repeating his desire to leave Madrid after their recent Champions League final win, he agreed to pay a sum of €18.8 million (£16m/$22m) to bring an end to the case and later completed the switch to the Serie A champions. 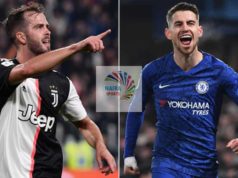 ​Brazil are better but will still miss Neymar – Germany’s Sane