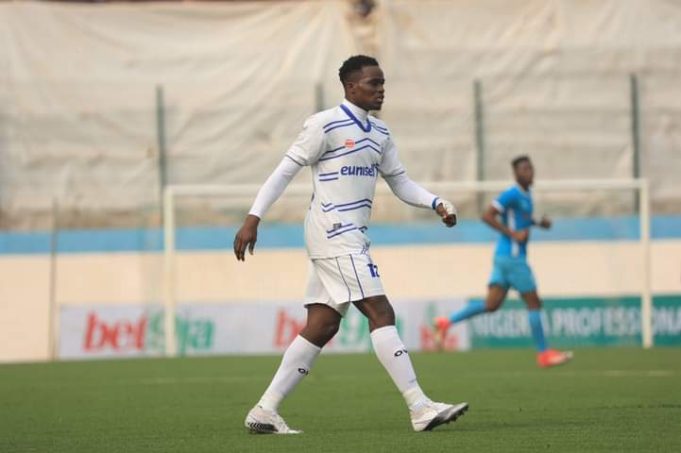 The Management of Rivers United have debunked the rumours that their player Ishaq Rafiu Kayode has left the club.

The management debunked the statement in a release that the player is still a bonafide member of the team.

Part of the release reads, “The attention of the Management of Rivers United football club of Port Harcourt has been drawn to a fictitious report being circulated in a section of the social media suggesting that our player Ishaq Rafiu Kayode has left the club.

The Club also claimed that any team that needs the signature of the player must get consent from them.

“As a club, we are not aware of any such purported transfer as the player only absconded from the club and this position has been made known to FIFA thus any acquisition of the player without our consent is null and void.

“It is important to also note that Rivers United FC remain the only club that can release the said player to any other club when the proper things are done.”

DINNER AND AWARDS: WHAT IS ESAN BALON D’OR? WHO WILL LAND THE BIGGEST SPORTING...