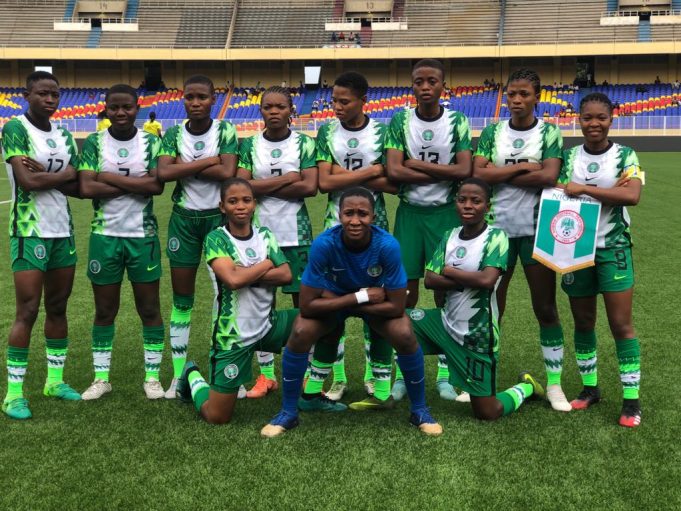 The delegation Egypt’s U17 girls for Sunday’s FIFA U17 Women’s World Cup third round, first leg encounter with Nigeria’s Flamingos has arrived in Abuja.

Flamingos, who bumped their counterparts from the Democratic Republic of Congo 8-0 on aggregate (3-0 in Kinshasa and 5-0 in Benin City) last month, will reach the final round of the qualifiers if they fly past their Egyptian counterparts.

Both teams clash at the MKO Abiola National Stadium, Abuja on Sunday, 17th April with the return leg to take place in Cairo on Friday, 30thApril.

The winner on aggregate will tango with the winner of the fixture between Ethiopia and South Africa for a place at this year’s FIFA U17 Women’s World Cup, which will be staged in India, 11th – 30th October.

Head Coach Olowookere Bankole has picked 20 players from the group in camp for the task of eliminating Egypt’s U17 girls and reaching the final round of African qualifiers for this year’s FIFA U17 Women’s World Cup.