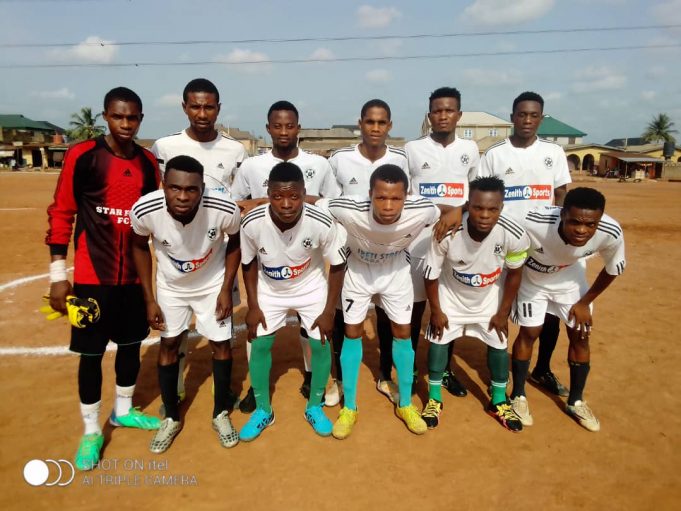 Six teams has qualify so far to the next round in the ongoing IKHARO SPORT CUP 2021 the likes of Leon Fc, Peace Fc, Alade Fa, Blessed Fc, Grace Fc and Jossam Fc.

In the matchday 5 played on Wednesday between Future Hero Academy and Grace Football Club no goal to record in the first half between both side.

In second half Grace Football Club scored the first goal in that encounter in 46 minute incredible positioning by Kishi Oladimeji.

Getting to the end of the game in minute added on Future Hero Academy had a penalty in the box of Grace Football Club and they convert in 90+2 minute they go straight to penalty as the competition is a knock out face
Eventually Grace Football Club won 4-5 via penalty.