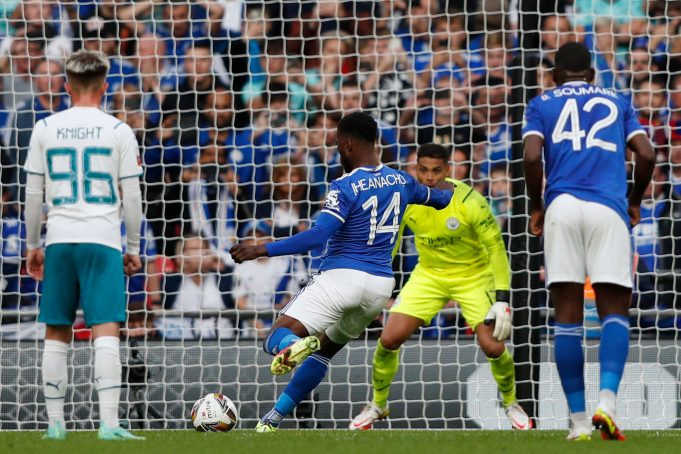 Leicester City have clinched the Community Shield title on Saturday after beating Manchester City 1-0, thanks to a late Kelechi Iheanacho penalty at Wembley.

The game looked to be heading to a penalty shootout, but Iheanacho won a spot-kick off Nathan Ake before slamming the ball home from 12 yards to send the thousands of Leicester fans in attendance into raptures.

The second half was a more cagey affair, though the introduction of Grealish from the bench for his City debut livened up the crowd.

But it was another substitute who proved decisive, with Iheanacho pinching the ball off Ake before being taken out by the City defender, and scoring the resulting penalty to win the game.

While the Shield is ostensibly a friendly, Guardiola was booked for a furious reaction to a refereeing decision, while Rodgers kicked a water bottle down the touchline in frustration as both managers made clear this game was one they wanted to win.