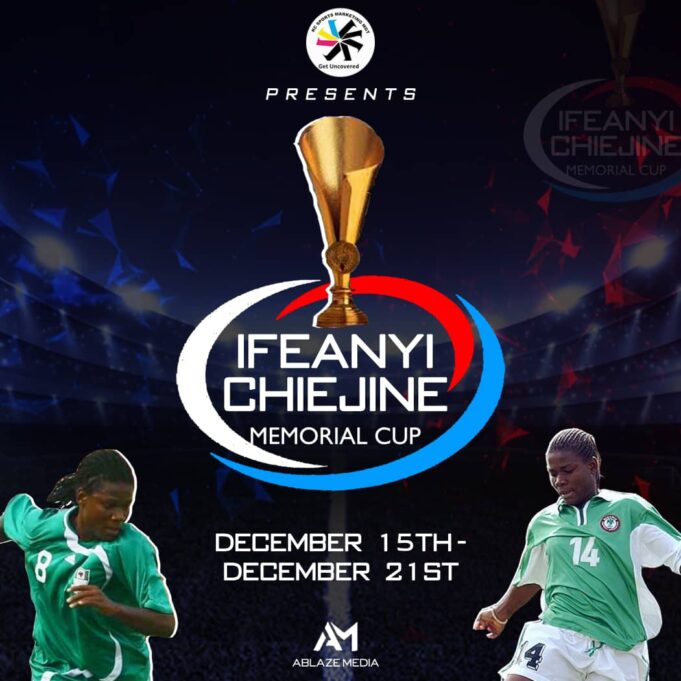 The tournament which is in memory of former Super Falcons talented midfielder Ifeanyichukwu Chiejine commenced in Asaba, Delta state capital last Thursday and will end this Wednesday with a grand closing at the Stephen Keshi Stadium, Asaba.

Seven teams are participating in the inaugural edition of the competition which reaches its semi-final stage on Monday (today). Delta Babes will face Prince Kazeem Eletu Babes at 12pm while Imo Strikers and Moje Queens will slug it out at 2pm.

Winners of the two semi final matches will face in Wednesday’s final which will also have in attendance, top celebrities like Nollywood actors Ngozi Ezeonu, Regina Daniels and Phil Daniel Aniedo.

The winner of the maiden edition of the Ifeanyi Chiejine Memorial Tournament will go home with 500,000 naira while second and third place will get 300,000 and 200,000 naira respectively.