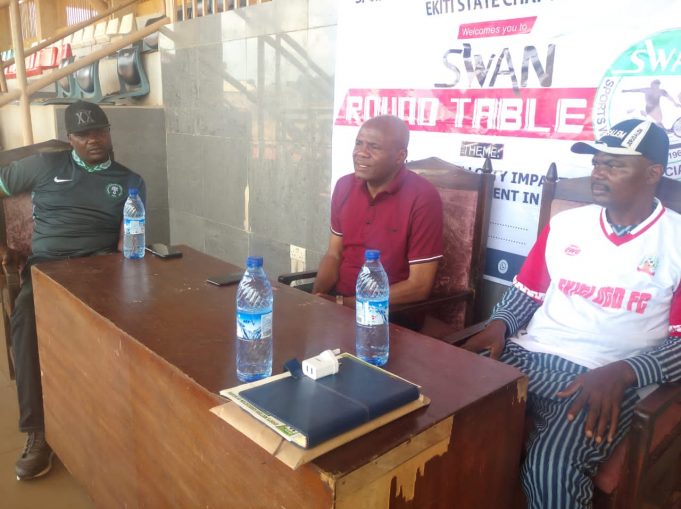 Coach Kay as fondly called was presented to the commissioner of youth and sport, Hon. Micheal Awopetu on Tuesday by the club’s council member.

Kay, a CAF “A” license coach, while speaking with the press, said “To go for that promotion, I will spare nothing than my sweat”.

The gaffer also added that all hands will be on deck to earn promotion.

He as well as charged players and staffs not to imbibe in Laziness rather be proactive with work.

Kayode who appreciated the Commissioner, Micheal Awopetu for believing in his ability to serve the club and promised not to disappoint the Ekiti based side.

Meanwhile, the new coach added that, “So we are going to do first and foremost is the serenity, discipline and focus”.
He also promised that fans will experience beautiful football.